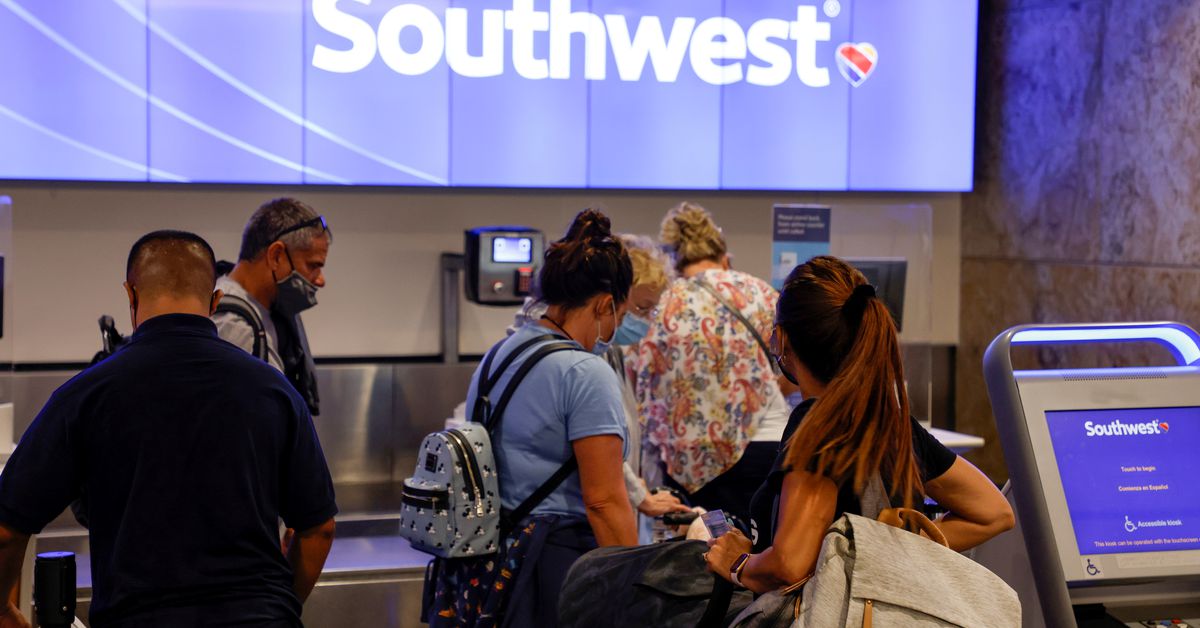 The U.S. airline said had approximately 90 cancellations on Tuesday out of almost 3,300 flights scheduled.

Southwest shares were up 1.3%.

The airline’s massive cancellations over the weekend were not tied to any pilot protests over Southwest’s decision last week to mandate COVID-19 vaccines for all employees by Dec. 8 under an executive order signed by President Joe Biden, Southwest Chief Executive Gary Kelly told CNBC on Tuesday.

He said employee behavior had been “all very normal… It just takes several days to catch up.”

In June, Southwest canceled hundreds of flights because of a computer reservation issue. The prior day in June, Southwest reported a separate issue that required a groundstop after its “weather data provider experienced intermittent performance issues.”

“It’s been a rough summer and I’m not offering any excuses,” Kelly told CNBC. “We definitely have some staffing challenges as well, so we have moderated our flight and accelerated our hiring plans.”

Kelly said, “we were thinly staffed coming into the weekend and that certainly didn’t help things.”

Kelly said “like a lot of companies, we definitely are having some hiring challenges. We’re trying to get 5,000 people hired by the end of this year, we’re about halfway there.”

The Federal Aviation Administration said late Monday “to be clear: None of the information from Southwest, its pilots union, or the FAA indicates that this weekend’s cancellations were related to vaccine mandates.”

Republican Texas Governor Greg Abbott, responding to what he called “bullying” by the Biden administration, on Monday barred all COVID-19 vaccine mandates in the state by any entity, including private employers.

Southwest said on Tuesday it was aware of Abbott’s order but said “federal action supersedes any state mandate or law, and we would be expected to comply with the president’s order to remain compliant as a federal contractor.”