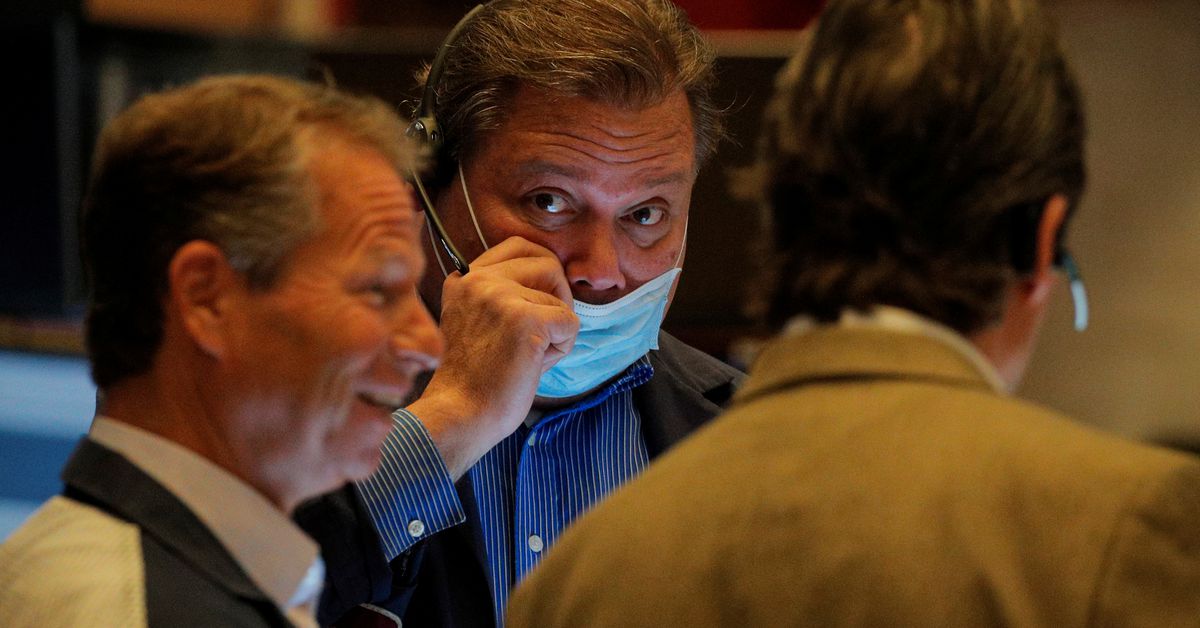 Oct 20 (Reuters) – The S&P 500 and the Dow inched closer to record highs on Wednesday after strong forecasts from healthcare companies Anthem and Abbott, while the Nasdaq lagged as technology stocks took a breather.

Ten of the 11 major S&P 500 sector indexes were trading higher, led by healthcare stocks (.SPXHC), while technology shares (.SPLRCT) were down 0.1%.

Analysts expect S&P 500 earnings to rise 33% from a year earlier, according to Refinitiv data, as they kept a close eye on growth outlook from companies faced with rising costs, labor shortages and supply chain disruptions.

“Earnings is boosting sentiment and we’ll know more in two weeks… we’re going to hear more about supply chain issues, wage growth and costs, etc. So far we haven’t heard too much of that yet,” said Paul Nolte, portfolio manager at Kingsview Investment Management in Chicago.

Its shares, however, fell 0.8% after hitting a record high earlier this month and gaining 18.2% so far this year.

Facebook Inc (FB.O) added 0.6% after it said it is planning to rebrand itself with new name that focuses on metaverse, according to the Verge. read more

Tesla Inc (TSLA.O) edged 0.3% higher ahead of its quarterly results, with investors keeping a tab on costs and margins amid chip shortages and supply chain issues. read more

“People are waiting to see what the large tech companies are going to report. That is probably the real reason we’re seeing individual stocks responding more than the broader market,” said Peter Cardillo, chief market economist at Spartan Capital Securities in New York.

The S&P index recorded 55 new 52-week highs and no new low, while the Nasdaq recorded 77 new highs and 25 new lows.

Reporting by Devik Jain and Shreyashi Sanyal in Bengaluru; Editing by Arun Koyyur