Spain September final CPI at 4.0%, the fastest pace in 13 years 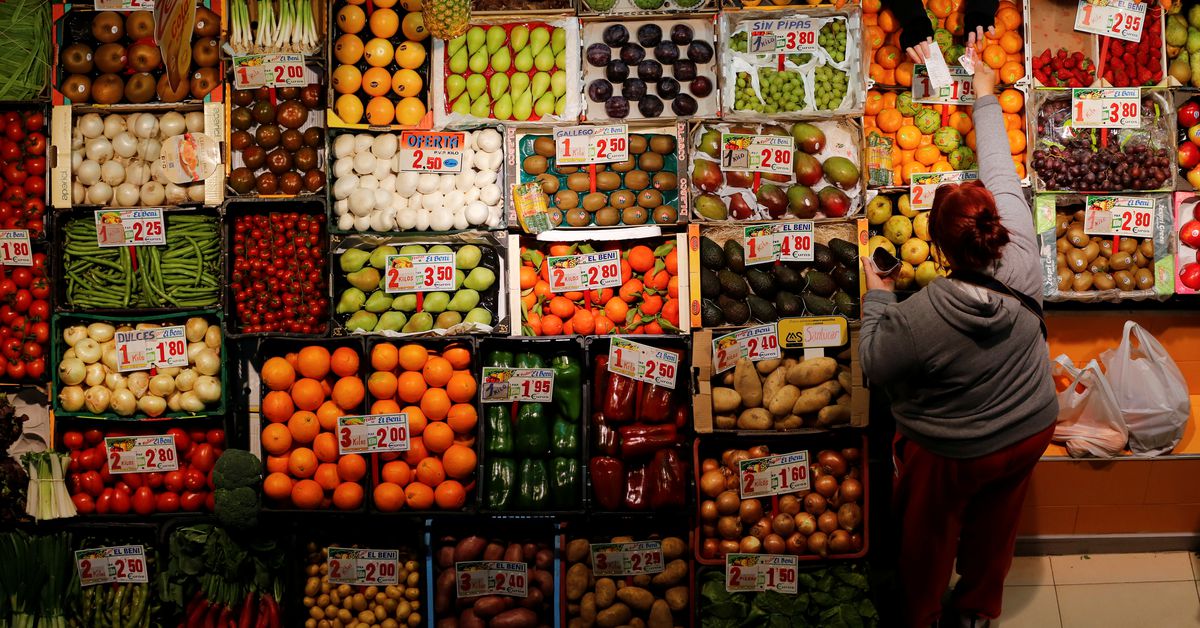 A woman makes purchases in a fruits and vegetables shop at a food market in the Andalusian capital of Seville, southern Spain March 7, 2016. REUTERS/Marcelo del Pozo/File Photo

Consumer prices rose 4% year-on-year in September, the fastest pace since September 2008, according to data from INE, compared to 3.3% in August. The monthly inflation rate was 0.8%.

With price pressures steadily building on a slew of factors, from higher energy prices to supply bottlenecks, euro zone borrowing costs have risen in recent weeks on expectations of a hike in interest rates.