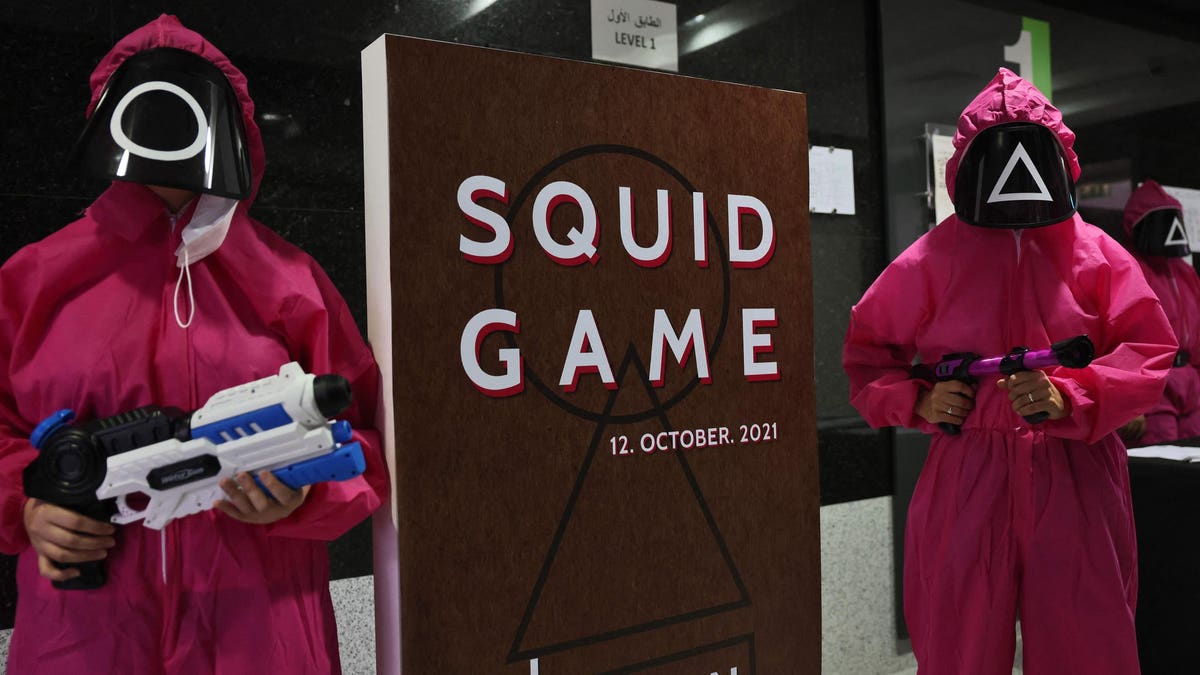 Participants take part in an event where they play the games of Netflix smash hit “Squid Game” at … [+] the Korean Cultural Centre in Abu Dhabi, on October 12, 2021. – A dystopian vision of a polarised society, “Squid Game” blends a tight plot, social allegory and uncompromising violence to create the latest South Korean cultural phenomenon to go global. (Photo by Giuseppe CACACE / AFP) (Photo by GIUSEPPE CACACE/AFP via Getty Images)
AFP via Getty Images

Bridgerton, drew 82 million viewers within 28 days of its premiere and topped Netflix’s list of most watched series released at the end of September.

Netflix counts views based on accounts that have watched at least two minutes of a show, so it’s unknown how many people watched the entirety of Squid Game or just checked out the first few minutes.

Squid Game premiered on Netflix on September 17 and quickly topped Netflix’s top ten, though Netflix Co-CEO Ted Sarandos said the company did not know it was going to become a global hit. However, a week and a half after it premiered, Sarandos said viewership numbers showed that there was a “very good chance it’s going to be our biggest show ever.”

Sales of items featured on Squid Game have boomed, including theKorean candy Dalgona and white slip-on Vans sneakers. Walmart is partnering with the show to bring Squid Game merchandise to local stores around the U.S.