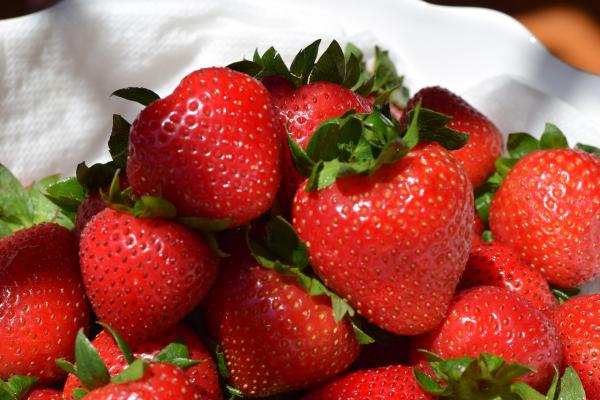 Benzinga’s weekly Stock Wars matches up two leaders in a major industry sector, with the goal of determining which company is the better investment.

The Case For Kroger: This company had its origins in spite and revenge: In 1883, 23-year-old Bernard Kroger had successfully managed a once-failing grocery store in Cincinnati into a lucrative business, but the store’s owners refused to reward his hard work by elevating him to partner. Angry at being denied what he considered to be a proper reward for a job well done, Kroger invested $372 into opening his own store.

Kroger got off to a rough start — a flood in 1884 wrecked his store — but he recouped and carried on. Over the years, Kroger grew his business and the stores pioneered in such developments as offering an in-house bakery and enabling self-service by shoppers rather than relying on clerks to pass merchandise from behind a counter.

Today, Kroger is the nation’s largest supermarket chain, with 2,726 locations across 35 states and the District of Columbia. The company also operates fuel centers, pharmacies, jewelry stores and The Little Clinic medical offices.

Among its recent corporate developments, Kroger announced this week that it was partnering with Instacart Inc. for delivering food and household staples in as little as 30 minutes. Also this week, CEO Rodney McMullen told CNBC the company is trying to fill approximately 20,000 job openings, noting that “one of the biggest constraints we have right now is finding talented people.”

Last week, CFO Gary Millerchip admitted on the second-quarter earnings call that fast-rising inflation is expected to result in prices rising 2% to 3% for the remainder of the year, which will force Kroger into “passing along higher cost to the customer where it makes sense to do so.”

In the second-quarter earnings report published on Sept. 10, Kroger reported $31.6 billion in sales, up from $30.4 billion one year earlier, although when fuel was removed from the equation sales were actually down by 0.4% compared to the same period last year. The $839 million operating profit was an improvement from the previous year’s $820 million.

However, its earnings per share (EPS) of 61 cents was lower than the second quarter 2020 EPS of $1.03, although its adjusted EPS of 80 cents was above the previous year’s 73 cents.

The Case For Weis Markets: The brothers Harry and Sigmund Weis pooled their resources to open Weis Pure Foods in 1912 in Sunbury, Pennsylvania. Unlike similar stores that ran on credit, the Weis siblings insisted that all purchases be made on the spot in cash.

One of the biggest corporate developments during the year was the announcement in April for plans to invest $135 million in new stores, remodels, fuel centers and information technology upgrades — these projects are expected to run into 2022.

For its second-quarter earnings data published on Aug. 2, Weis Markets recorded net sales of $1 billion, down from $1.1 billion for the same period in 2020. The company’s second-quarter net income totaled $33.5 million, down from $41.5 million one year earlier, while both the basic and diluted EPS of $1.24 fell from $1.54 per share for the same period in 2020.

“Our 2020 second-quarter results reflected a time when consumption of food prepared away from home was strictly limited, which resulted in record sales volume throughout the entire quarter for our essential food retailing business,” said Jonathan H. Weis, the company’s chairman, president and CEO, who added that the new second-quarter results “in absolute terms of sales volume and operating income were the second-highest in our company’s history, exceeded only by our 2020 second-quarter results. This positive momentum enables us to make prudent reinvestments for long-term profitable growth which benefits our associates, customers, communities and shareholders.”

The Verdict: Clearly, Kroger had a more vibrant second quarter than Weis Markets. Kroger’s quarter also included the introduction of 142 new items including the expansion of its Simple Truth organic line plus a collaboration with ghost kitchen producer Kitchen United on a new on-demand meal pickup and delivery service from restaurants.

For long-haul investors, both institutional and retail, Kroger is a sure-bet.

But scrappy little Weis Markets should pique the curiosity of investors who like to root for an underdog.

The company’s second-quarter performance was, admittedly, a disappointment, but with a $135 million upgrade investment and an executive shake-up, the company is clearly focused on the proverbial bigger and better.

In this Stock Wars duel, we acknowledge the stability of Kroger but believe that Weis Markets is poised for a turnaround and, thus, is the more intriguing stock pick of the pair.