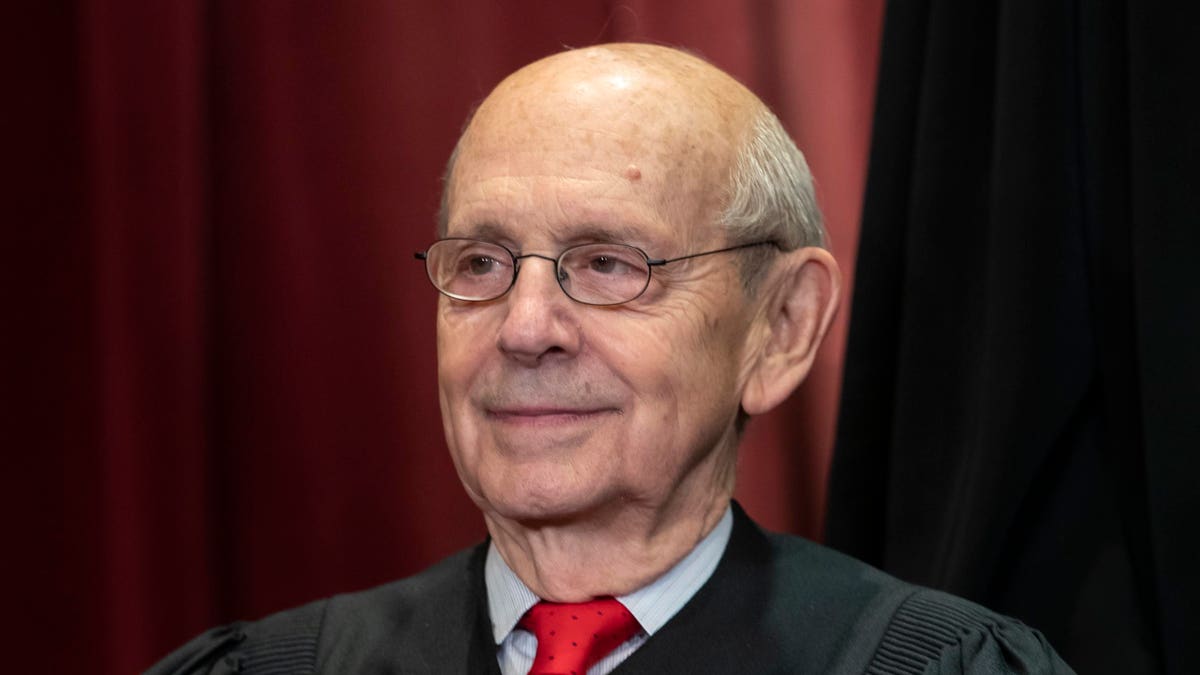 U.S. Supreme Court Justice Stephen Breyer doubled down on his belief the high court is apolitical Monday despite its 5-4 ruling upholding Texas’ near-total abortion ban–which many have criticized for its purported partisanship–saying the court’s justices are “not junior-league politicians” even as he believes the majority’s decision backing the law was “wrong.”

In an interview with the Washington Post about his new book–which is focused on the notion that the court is not a political institution–Breyer was asked about the ruling, which determined it was too soon for a legal challenge to strike down the Texas abortion law.

Breyer acknowledged he believed the decision was “very wrong” and that the ruling’s timing just ahead of his book release “wasn’t very good,” since it’s “pretty hard to believe” based on the court’s decision “that we’re less divided than you might think.”

Breyer was one of several justices to write a dissent against the Texas abortion ruling, saying letting the law go into effect “may well threaten” the abortion providers that brought the case “with imminent and serious harm.”

Nevertheless, Breyer said his “single most important point” for people to take away despite the ruling is that “judges are not junior-league politicians,” even though “the political process worked to get them appointed.”

Politicians who select judges to the court may believe the judge will interpret the law in a way that “is more often going to favor us,” but “they’re wrong about that sometimes,” Breyer said.

The justice did acknowledge that the court’s jurisprudence and way of approaching the law “has changed” over time, “often to align with the political views of most Americans.”

“When a judge puts on that robe, he’s not a junior-league politician,” Breyer said Monday. “But having said that, there are connections with politics. And so it’s a pretty hard message to get across.”

Breyer’s comments came a day after his colleague Justice Amy Coney Barrett similarly decried the notion the court is made up of “a bunch of partisan hacks.” Appearing at an event celebrating the McConnell Center at the University of Louisville–at which she was introduced by Senate Minority Leader Mitch McConnell (R-Ky.), who ushered through her confirmation–Barrett complained that while the media “makes the [court’s] decision[s] seem results-oriented,” the court relies on the law instead of politics. “It’s not my job to decide cases based on the outcome I want,” Barrett said. Asked about her comments Monday, Breyer said he agreed with the right-leaning justice, and noted justices “better be there for everybody, not just the Democrats. Not just the Republicans.” “Internally, you must feel that this is not a political institution,” Breyer said.

The Supreme Court’s ruling on the Texas abortion law, known as Senate Bill 8 (SB 8), has renewed criticism in the court and its conservative tilt, sparking new calls for court reforms like adding justices to the court or imposing term limits. The ruling has also once again raised questions about when the 83-year-old Breyer will step down from the court and if he will do so soon to ensure President Joe Biden can name a liberal successor. Breyer has so far ignored politicians and activists’ calls for him to step down. The justice said in an interview Sunday that while he takes the political considerations of his retirement into account, they’re just one of “many, many considerations” behind his decision, a sentiment he echoed on Monday. “I have been thinking about it,” Breyer said, noting he will “take those considerations into account” about the ramifications of when he could be replaced on the court. “When I make the decision, I have to be convinced that in my own mind, I am doing what I think is the right thing to do, both for the court and for myself,” Breyer said.