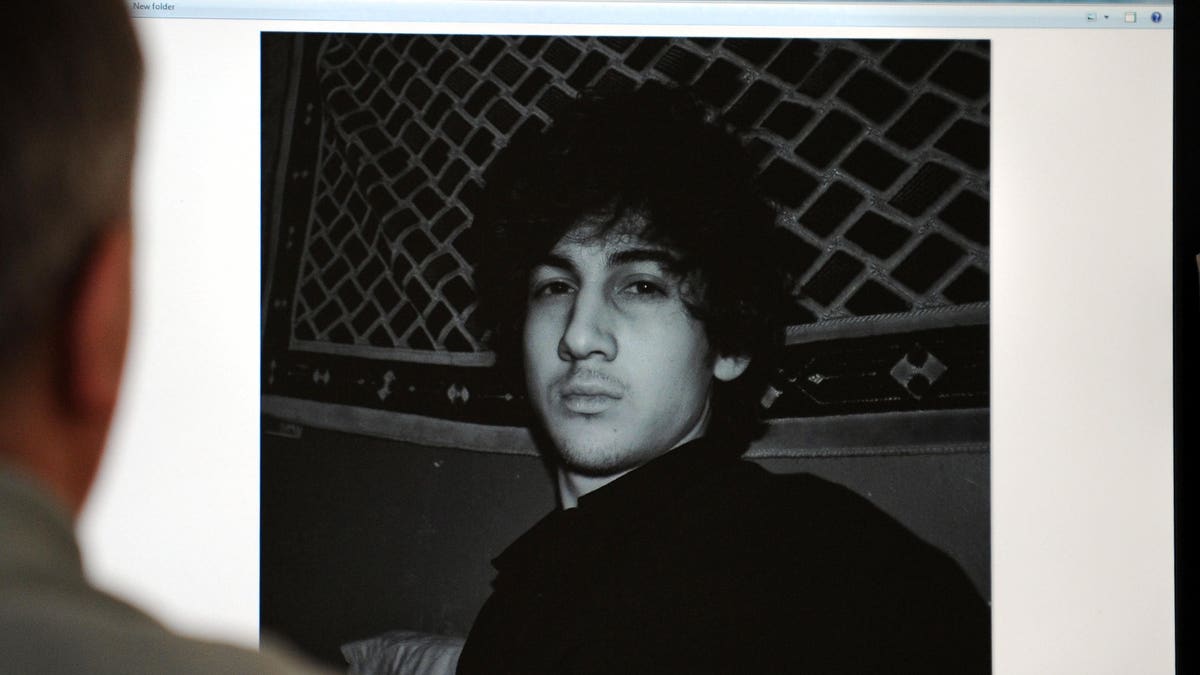 The U.S. Supreme Court is set to begin hearing oral arguments on Wednesday about reinstating the death penalty for Boston Marathon bomber Dzhokar Tsarnaev in a case that serves as a broader test for President Biden, who campaigned on ending capital punishment.

A man looks in Moscow on April 19, 2013, at a computer screen displaying an undated picture the … [+] 19-year-old Dzhokhar Tsarnaev posted on his is page in VKontakte, a Russian social media site. Dzhokhar Tsarnaev is the subject of a April 19, 2013 manhunt in the Boston area. One of the Boston marathon bombing suspects was killed in a shootout early April 19 as police raced on a house-to-house search for the second, with the entire city placed on lockdown. NBC News reported that the two young men believed to be responsible for Monday’s deadly carnage at the finish line of the prestigious race are brothers of Chechen origin who were permanent legal residents of the United States. AFP PHOTO (Photo credit should read -/AFP via Getty Images)
AFP via Getty Images

The high court will review a decision made by the First Circuit Court of Appeals last year overturning the death penalty for Tsarnaev, who was convicted and sentenced to death about six years ago for his role in the deadly 2013 attack.

Tsarnaev, now 28 years old, was convicted by a jury on 30 counts for the murder of three people and injury of 260 others at the event after setting off two bombs at the race along with his deceased older brother.

But the appeals court argued the judge in charge of Tsarnaev’s trial–the center of a flurry of media attention–had not fully screened jurors for bias and that some evidence had been withheld indicating his older brother, Tamerlan, may have been more culpable in the bombing.

Both the Trump and Biden administrations chose to appeal this decision, bringing the case to the Supreme Court.

Tsarnaev’s lawyer, Ginger Anders, argued her client was sentenced to death in a “proceeding compromised by two serious errors” in a filing to the Supreme Court.

Meanwhile, the Department of Justice has contested that Tsarnaev’s judge used a fair process to screen jurors and that evidence about Tsarnaev’s older brother has “little if any bearing on [Dzhokhar’s] own culpability for the Boston Marathon bombing.”

Tsarnaev’s s “deliberate decision to bomb the Boston Marathon warranted capital punishment because his own personal acts were horrific, inexcusable, and the product of his own embrace of terrorist ideology–as described in his personal boat manifesto,” wrote Solicitor General Brian Fletcher in a briefing to the court, referencing the words Tsarnaev wrote on the side of the fishing boat where he hid from the police after the bombing.

The families of the bombing’s victims and those who survived the deadly attack have been divided on whether they believe Tsarnaev should be given the death penalty. Patricia Campbell, whose 29-year-old daughter Krystle died when the first bomb detonated near the race’s finish line, told The Boston Globe the case made her reconsider her stance agaisnt capital punishment and “an eye for an eye feels appropriate.” But the parents of Martin Richards, the youngest victim at 8 years old, opposed the punishment, citing “years of appeals” and “reliving the most painful day of our lives.”

Beyond just the fate of Tsarnaev, the case has served as a challenge for Biden on whether he will follow through on his campaign promise. Biden listed eliminating the death penalty as one of his priorities for criminal justice reform while running for office. As the president does not have the power to eliminate the federal death penalty without support from Congress or the Supreme Court, Biden outlined his plan as working to “pass legislation to eliminate the death penalty at the federal level” and to “incentivize states to follow the federal government’s example.” However, despite mounting pressure from civil rights groups pushing for Biden to halt executions, the new administration has not addressed how or when it plans to follow through with this campaign promise. Currently, Biden’s own Department of Justice is asking for Tsarnaev to be executed.

The Supreme Court is expected to make its decision in this case by the summer of 2022.