Tax-Smart Charitable Giving Before You Retire 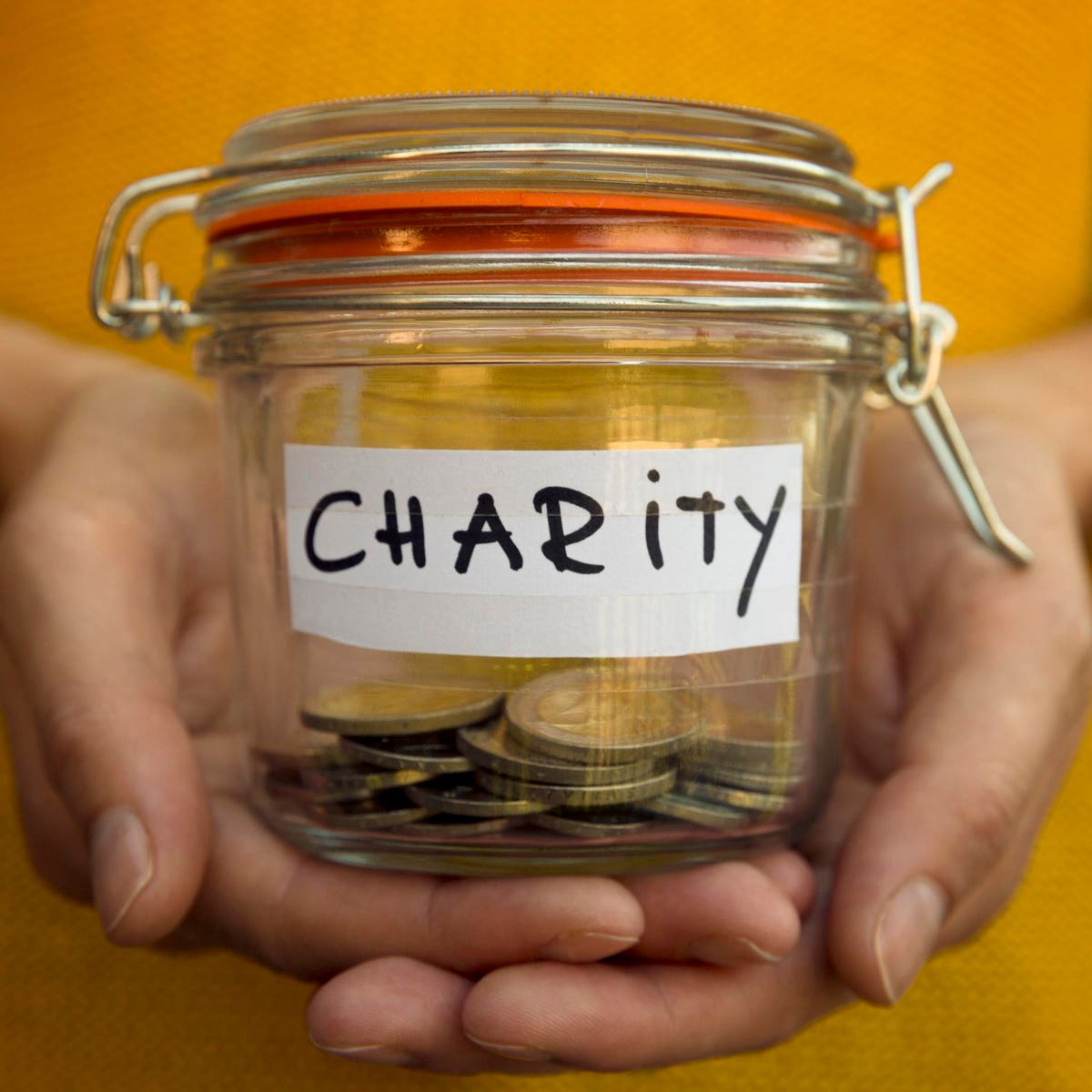 You’ve had a successful career and you’re almost ready to retire. While still in your peak earning years, is there a tax efficient way to give back? During this time, when you’re in a high tax bracket, charitable giving can both benefit others and help you set yourself up for retirement. With some planning, everyone benefits from your generosity.

With tax deductible charitable gifts, the higher your tax bracket, the less the actual net cost to you to make the gift. As a simple example, if Joan is in the 37 percent tax bracket and Jim is in the zero percent bracket, a $100,000 charitable gift has a net cost to Joan of $67,000 (because she can deduct the gift), whereas John’s cost is $100,000.

The tax utility of a charitable contribution becomes even more efficient when factoring in both long-term capital gains and ordinary income. Say, for example, Joan is preparing for retirement and wants to sell some investment property, but she would like to benefit her local university as part of her planned giving. She is in the top ordinary tax bracket of 37 percent and pays at the top capital gains rate of 20 percent. Is there a way she can use her high tax bracket as a means to limit the actual cost of a gift to her alma mater? One possibility is to make a part sale/part gift of the property to the university.

Compare this result with selling the property to an arms-length buyer for its fair market value of $100,000. After 20 percent capital gains, she would pocket $86,000. So, in essence it costs Joan $19,600, the difference between a regular sale and the part sale/part gift to the university, to make this charitable gift. The university obtains a $100,000 asset for $60,000 while costing Joan less than a third of that amount ($19,600) to make the transaction. It’s Joan’s tax bracket that drives the low-cost nature of this transaction.

In comparison, if Joan had retired and been in a zero percent capital gains bracket with a ten percent ordinary tax bracket, her cost for this transaction would be much higher. While she could sell the property to a regular buyer for $100,000 after taxes, transacting the gift/sale with the university would net her only $64,000 ($60,000 for the sale plus her ten percent tax deduction). Her cost, then, for making this charitable donation as a low-tax retiree is $36,000, while her cost as a soon-to-retire executive is only $19,600. As the planning adage says, “give while the giving’s good.”

Another adage states, “do well by doing good.” Charitable giving can do just that–benefit a generous individual by also generating a reliable retirement income. Many planned giving strategies involve gifting property to charitable organizations in return for a lifetime income. This can be as simple as making a charitable gift annuity. Say, in the example above, that Joan is interested in gifting her $100,000 property to her university but wants to supplement her retirement income. The American Council on Gift Annuities suggests that at Joan’s age of 65, she should receive a payout rate of 4.2 percent. By donating the $100,000 investment property she will receive a yearly payout until her death of $4,200 ($100,000 x 4.2%). Further, even though she gets a partial tax deduction for this gift as well, the portion of the capital gain that is attributable to the tax-deductible portion is not taxed. This works just like an outright contribution of appreciated property to a charity. If she doesn’t need the money immediately, she could make the contribution now, while in a high tax bracket, and have the charity begin the payments years later (e.g., at age 75). This will provide a higher lifetime income, helping with the “longevity tail” risk of living too long.

The charitable gift annuity is a mini-version of more sophisticated income-generating charitable giving strategies such as charitable remainder trusts (CRTs). The tax benefits are similar: a lifetime retirement income to the donor, an upfront ordinary income tax deduction for the remainder interest to the charity, and avoidance of capital gains taxation. With CRTs, the gift can be a fixed annuity payment for life (CRAT), or an income based on a percentage of the fair market value of the assets in the trust (CRUT).

These kinds of transactions have the greatest value when the prospective retiree is still in a high tax bracket. First, as demonstrated above, the after-tax cost of a charitable gift is lower the higher your tax bracket. Second, keep in mind that charitable gifts only positively affect taxes when they are taken as itemized deductions. While a taxpayer who uses the standard deduction may enjoy the positive feelings associated with charitable giving, she does not benefit tax-wise. From a practical standpoint, it is more likely that a pre-retiree with a high income will be itemizing deductions than a lower-income retiree. Accordingly, smart tax planning calls for you to take the deduction when your taxes are high and then, when you subsequently begin receiving an income from the charity, any taxes on those payments will be taxed in your lower retiree tax bracket. And one final benefit: there are limits placed on how much charitable deduction can be taken against your adjusted gross income. Before you retire, you will have more income for the deduction to be taken against, and less likely to reach the deduction limit.

With the prospect of estate and gift taxes affecting more Americans soon, these transfer taxes should be factored into the prospective retiree’s charitable giving plan. Any assets not needed in retirement might be excellent candidates for charitable gifts, and they can potentially avoid gift and estate taxes. Rather than have the assets remain in the taxable estate, take the income tax deduction now, and remove the asset from potential taxation. Examples include gifting illiquid closely-held business interests, hard to value assets, and other investments that yield little in terms of income. A qualified appraisal is generally required to substantiate the fair market value of such assets, so it is important to begin the process early, while you are still in a high-income tax bracket.

Another estate planning consideration is that prior to retiring, it would be advisable to have your retirement advisor talking to your estate planner. Take the example of life insurance. Say, in the example above, Joan owns a $1 million life insurance policy on her life with a current value of $50,000. She’s not sure she has a need for the policy in retirement and wonders if she should just give the policy to her university. On the one hand, gifting the policy would currently provide a useful income tax deduction while she’s still in a high tax bracket, and it relieves her of making future premium payments. However, whereas the top income tax bracket on income is 37 percent, the estate tax rate is a significant 40 percent. A planning consideration is to hold onto the policy. Joan could, for now, make the university the beneficiary of the policy, and have the flexibility to substitute the beneficiary if her needs change during retirement. With this approach, when Joan dies, the university receives a $1 million charitable gift, and her estate would deduct the entire $1 million from her adjusted gross estate. From a legacy and recognition standpoint, this may be more attractive for Joan. Instead of “buying a brick” for the new gymnasium at the university, with her $1 million donation she’s gifting the entire gym!

The life insurance example above underscores the importance of maintaining flexibility. For many individuals preparing for retirement, there are competing interests for one’s time. While the tax advantages of making a charitable gift before retirement are compelling, as a pre-retiree you may not yet be sure who you want to benefit. A useful charitable planning strategy for this situation is donor advised funds (DAFs). With a DAF, you can make a tax-deductible gift while still in a high tax bracket but wait until later to decide which charitable organizations should benefit. So, for example, Joan could gift the $100,000 investment property to a DAF at a community foundation before she retires, taking the deduction when it’s most valuable. After she’s retired and has time on her hands, she can then decide which charities she wants funds directed to. An additional advantage of this approach is if, in retirement, she wants to add to her DAF account, then she can “bunch” her contribution to maximize the tax advantage of each donation. One year she makes a sizeable donation and deducts the gift by itemizing; the next year she doesn’t donate, and simply takes the standard deduction. And yet, throughout the process she can maintain an on-going stream of charitable gifts to deserving organizations.

You will have a lot of decisions to make before retiring. If you’re worried about taxes and interested in making charitable gifts in an efficient manner, there are tax strategies that, if properly timed with retirement, can yield benefits for all parties involved – both you as a taxpayer, and the charities you want to benefit.