These OTC Securities Had the Most Trading Activity in June 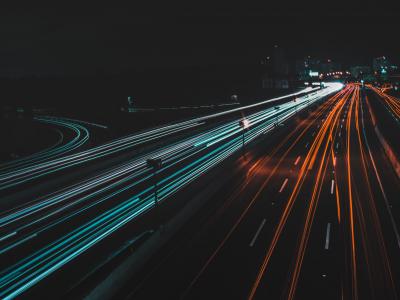 Photo by Cris Ovalle on Unsplash

OTC Markets trading volume was still led by cryptocurrencies and cannabis for the month of June, but many other securities shined comparatively as volumes in crypto and cannabis slowed.

Over the course of the month, combined total dollar volume on OTC Markets reached just over $52.5 billion. Compared to May’s total of $60.4 billion, this was a 13% drop. Additionally, in comparison to May’s figures, total dollar volume for the OTCQX was down 35%, however, the OTCQB volume clocked an increase of 36%.

Grayscale Bitcoin Trust (OTCQX: GBTC) and Grayscale Ethereum Trust (OTCQX: ETHE) remained the most actively traded names on the top tier of OTC Markets in June, but dollar volume for both was lower compared to May. Dollar volume for GBTC and ETHE fell 28% and 62% respectively as the crypto markets pulled back from all-time highs.

Dollar volume in the Grayscale Ethereum Classic Trust (OTCQX: ETCG) — which was the third-most traded security on the OTCQX market in May — fell 85% to $216 million from $1.2 billion.

One security especially stood out in terms of change in dollar volume since last month– Lightwave Logic, Inc (OTCQX: LWLG), a Colorado-based technology company developing electro-optic polymers that increase internet efficiency. Lightwave rocketed to the No. 9 position on the OTCQX, having gone from just over $7 million of volume in May to over $187 million in June. Recently Lightwave achieved “breakthrough test results” for a new device, and announced the receipt of a new patent.

Koninklijke Ahold Delhaize N.V. (OTCQX: ADRNY) was another notable security with a significant increase of 102% in dollar volume from May. Ahold Delhaize is one of the world’s largest food retail groups, a leader in supermarkets and e-commerce with brands such as Hannaford, Giant Food, Stop & Shop, Fresh Direct, and 15 more. Ahold is also a company that’s considered by some to be at the forefront of sustainable retailing with significant ESG efforts. Dollar volume in June reached over $64 million, more than doubling May’s total.

As a whole, much of the activity in the market seemed to be rotating away from major segments considered by many to be more volatile and speculative such as crypto and cannabis and moving towards more traditional categories such as consumer goods, financial services, telecom and others, which seem to be coming back into larger popularity.

On the OTCQB Venture Market Fannie Mae (OTCQB: FNMA) took the No. 1 slot for trading volume in June at $450 million. Recently, the U.S. Supreme Court ruled that it was structured unconstitutionally, dealing a severe blow to investors who hoped it would be re-privatized soon. Following the ruling, the White House decided to remove the current head of the Federal Housing Finance Agency and to continue with federal oversight.

Below are the top 10 most actively traded securities on the OTCQX and OTCQB markets in June: