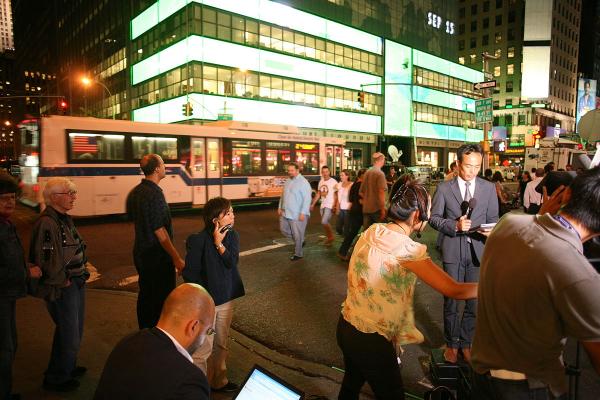 Each day, Benzinga takes a look back at a notable market-related moment that occurred on this date.

What Happened: On this day in 2008, Lehman Brothers filed for what would be the largest bankruptcy in history.

What Else Was Going On In The World: The country was in the midst of the financial crisis caused by the bursting of the real estate bubble, and three of the five largest American investment banks had failed or been bought since the spring.

Merrill Lynch was in the process of selling itself to Bank of America. Share prices of insurance giant AIG were in freefall over concerns about its credit rating, and the government would be forced to seize control of the company on Sept. 16.

The late Sen. John McCain, Republican from Arizona, and then-Sen. Barack Obama, Democrat of Illinois, were running neck-and-neck in most polls ahead of the 2008 presidential election.

Lehman’s Collapse: With $639 billion in assets and $619 billion in debt, Lehman’s was the biggest bankruptcy filing in the nation’s history.

Wall Street CEOs and government officials had met over the weekend before the filing hoping to find a solution. A government bailout was off the table; Lehman CEO Dick Fuld had hoped Bank of America might be a buyer.

But Bank of America was already secretly in talks to buy Merrill Lynch, and by Sunday night, Sept. 14, it was clear the firm would file for bankruptcy.

At the time of its collapse, Lehman was the fourth-largest U.S. investment bank and had about 25,000 employees. It started as a dry goods company in Montgomery, Alabama in 1844.