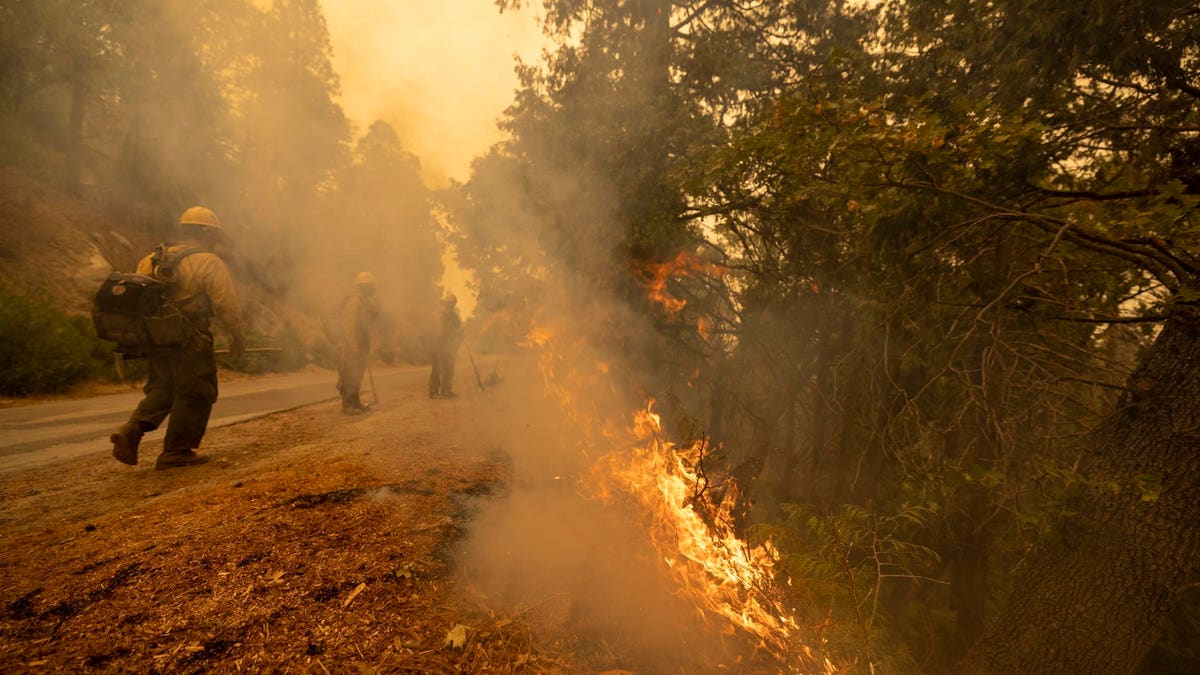 Fierce winds blew through northern and central California early on Tuesday, fanning wildfires, downing trees on its path and leaving several households in the region without power, heightening the risk of dangerously large infernos as the state witnesses the peak of its ongoing wildfire season.

25 mph winds with gusts up to 70 mph were expected in the region as red flag warnings of dangerous fire conditions were put in place, the Associated Press reported.

According to the report, Pacific Gas & Electric (PG&E), the state’s largest utility company, has shut down power to about 21,000 households in the northern and central California region to reduce the risk of toppled lines triggering a wildfire.

The state witnessed at least a half-dozen new wildfires on Monday including a major one west of Santa Barbara which quickly spread to thousands of acres.

The massive blaze forced a mandatory evacuation of El Capitan State Park along with a shut down of nearby ranches and the U.S. 101 highway.

According to the tracker PowerOutage U.S., more than 42,000 PG&E customers and over 67,000 households in California are currently without power.

California is currently in the midst of peak wildfire season when the Diablo and Santa Ana winds blow in from the east and move through canyons, creating ideal conditions for rapidly spreading wildfires. Fierce winds have fanned some of the state’s most destructive wildfires including the 2018 Camp Fire that killed 85 people and destroyed the town of Paradise. The heightened threat of wildfires comes at a time when the state remains in the grip of a severe drought. The tinder-dry conditions–which have been attributed to climate change–have only served to worsen the severity of the state’s wildfire season.

PG&E’s decision to preemptively cut power to thousands of households ahead of windstorms is a controversial practice that has been carried out by several major utility companies in the state after their equipment triggered several devastating blazes in the past few years. PG&E’s equipment was blamed for causing the 2018 Camp Fire. After the incident, the company pleaded guilty to 84 counts of involuntary manslaughter and was forced to file for bankruptcy.