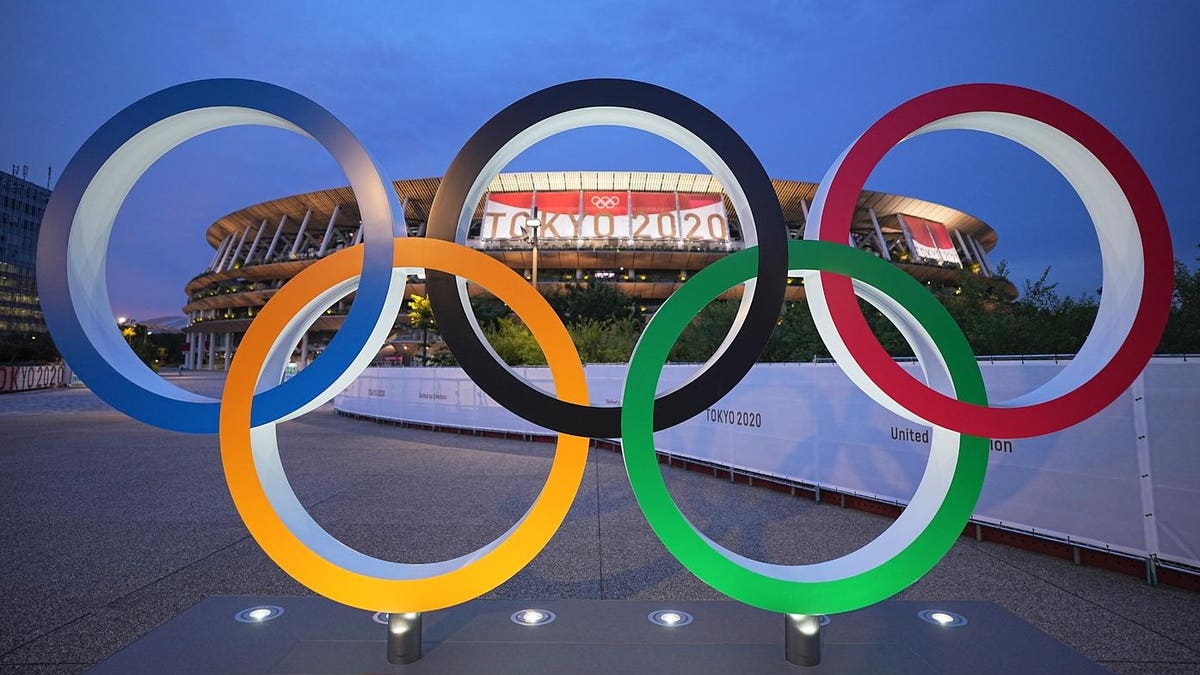 The head of the Tokyo Olympics organizing committee suggested Tuesday the Summer Games could still be canceled even as they’re just days away from kicking off, as a growing number of people connected to the games test positive for Covid-19 and infections in Japan remain high.

Olympic rings stand in front of the Olympic Stadium in Tokyo.
dpa/picture alliance via Getty Images

Tokyo 2020 organizing committee chief Toshiro Muto said at a news conference the Japanese officials would “convene five-party talks” with the Olympics organizers because of Covid-19, and they “will continue discussions if there is a spike in cases.”

“At this point, the coronavirus cases may rise or fall, so we will think about what we should do when the situation arises,” Muto said when asked whether the games could still be canceled, according to Reuters.

More than 70 people affiliated with the games have so far tested positive for Covid-19 in Japan–with Muto saying 10 new cases were recorded on Tuesday alone–including several U.S. Olympic athletes.

Tokyo itself is now under a state of emergency due to a surge of Covid-19 in the region and cases are still on the rise, with the city recording 1,387 new cases on Tuesday, up from 830 a week earlier.

The games are already set to take place largely without spectators and with stringent safety protocols for athletes and participants in place.

The International Olympic Committee (IOC) declined to comment on Muto’s remarks and whether the Olympics could be canceled even after they’re already underway.

“We are working 120 percent on the delivery of successful Olympic Games Tokyo 2020,” Tokyo 2020 Organizing Committee spokesperson Masa Takaya told Forbes in a statement Tuesday, when reached for further comment on Muto’s remarks. “We are looking forward to the start of competition in a few hours and the Opening Ceremony in three days from now.”

The Olympics are set to officially start on Friday and run through August 8. Under the contract terms for the Tokyo Olympics, the decision of whether to cancel the games ultimately rests with the IOC, so it would likely have to be their decision to shut down the Olympics entirely. The Japanese government was not part of the Olympics contract, however, so it’s still possible the national government could impose measures that would effectively shut down the games even if the IOC decides not to, such as by imposing a stay-at-home order or some other restrictions that prevented the Olympics from continuing.

Covid-19 vaccines are not mandatory for Olympic athletes, though the IOC told Forbes in an email Monday 85% of delegation members from the competing countries’ National Olympic Committees are expected to be vaccinated. The lack of a vaccine requirement has heightened concerns about a potential outbreak, though multiple athletes–including U.S. gymnastics alternate Kayla Eaker and U.S. basketball player Katie Lou Samuelson–have tested positive for Covid-19 despite being fully vaccinated.

Public health experts have been heavily critical of the Tokyo Olympics moving forward and have suggested they do not believe the IOC’s safety protocols will be effective enough at preventing Covid-19 transmission. Experts from the Icahn School of Medicine at Mount Sinai, the University of Minnesota and University of California, San Francisco, criticized the IOC’s health and safety playbook in a July article for the New England Journal of Medicine, saying they “believe the IOC’s determination to proceed with the Olympic Games is not informed by the best scientific evidence.” “The IOC’s playbooks are not built on scientifically rigorous risk assessment, and they fail to consider the ways in which exposure occurs, the factors that contribute to exposure, and which participants may be at highest risk.”

The Tokyo Olympics is set to take place after a year-long delay amid the pandemic. The Summer Games have long been under the threat of cancellation, however, with Japanese officials repeatedly suggesting the games could be canceled even as the IOC insisted they would move forward. The Japanese public has also largely been opposed to the games taking place, and while most Olympic participants are vaccinated, only approximately 22% of the Japanese population is fully inoculated. Should the Olympics not take place this summer, the IOC has previously said they would be canceled entirely and would not be rescheduled again.

U.S. Olympic Gymnast One Of Growing Number Of Tokyo 2020 Athletes To Test Positive For Covid-19 (Forbes)