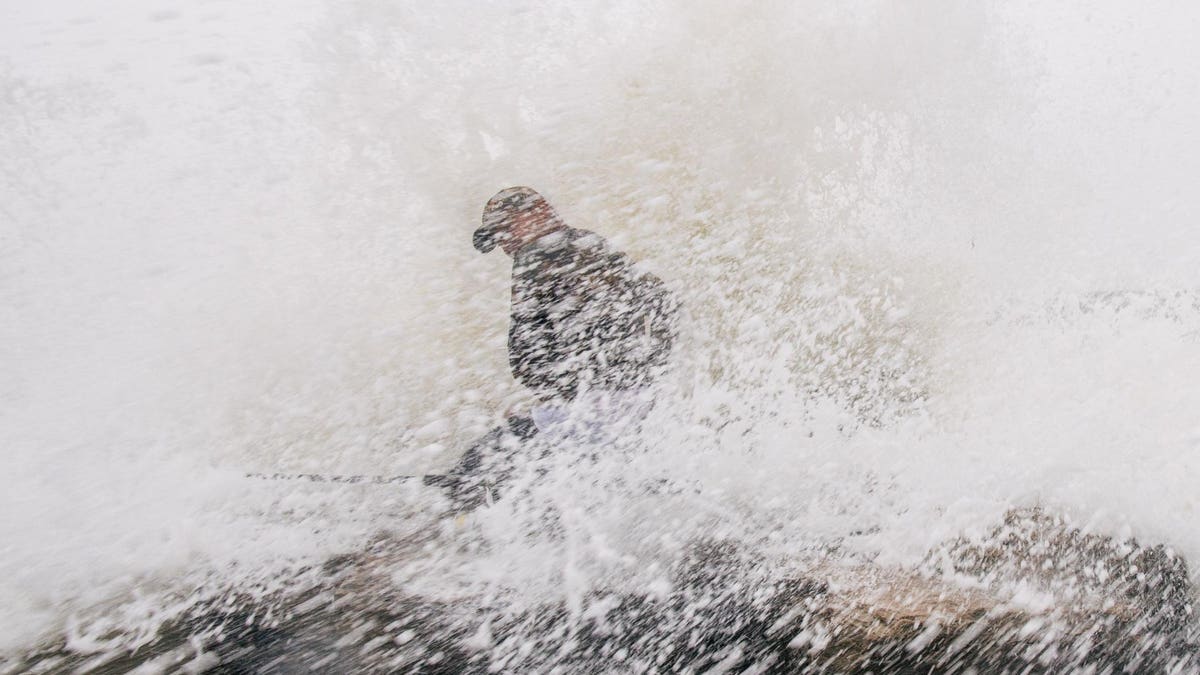 As Tropical Storm Nicholas moves inland after making landfall as a hurricane early Tuesday morning, 515,000 homes in Texas have lost power in the southeastern edge of the state along the Gulf Coast, while the National Hurricane Center warns of life-threatening flash floods through midweek.

Celbing Diaz is engulfed by a wave while fishing ahead of the Tropical Storm Nicholas on September … [+] 13, 2021 in Galveston, Texas.
Getty Images

By 9:45 a.m. Tuesday, about 117,000 homes were without power in Houston’s Harris County, the most populous in the state, and 115,000 in Brazoria County to its south, according to data from PowerOutage.us.

Along roughly 150 miles of Texas coast, depending on the county, anywhere from fewer than 10% of residents have lost power to a vast majority of residents.

While the storm has lowered in intensity from a hurricane to a tropical storm since early Tuesday, power outages have increased from 200,000 to about 490,000 by midmorning.

Houston has sent out special rescue vehicles for floods and has barricaded dozens of flood-prone areas, the Associated Press reported, and has pulled train and bus service.

“I hope that no one dismisses this threat just because Nicholas is not expected to become a hurricane,” Bel Edwards said in a statement Monday. “I’ll remind everyone that Ida caused significant problems all the way into the Northeast due to flash flooding and tornadoes.”

The storm is expected to move northeast up the Gulf Coast and taper into a tropical depression by early Wednesday, according to NHC projections. Despite its lower intensity, Nicholas could bring life-threatening flash floods along the coast and inland from Texas through Louisiana, Mississippi and Alabama–especially in urban areas–following rainfall of 5 to 10 inches. Waters from the coast are expected to move inland and flood areas that are normally dry, the NHC said, and rivers will probably flood over in parts of Texas, Louisiana and Mississippi.

Nicholas strengthens to hurricane ahead of Texas landfall (Associated Press)