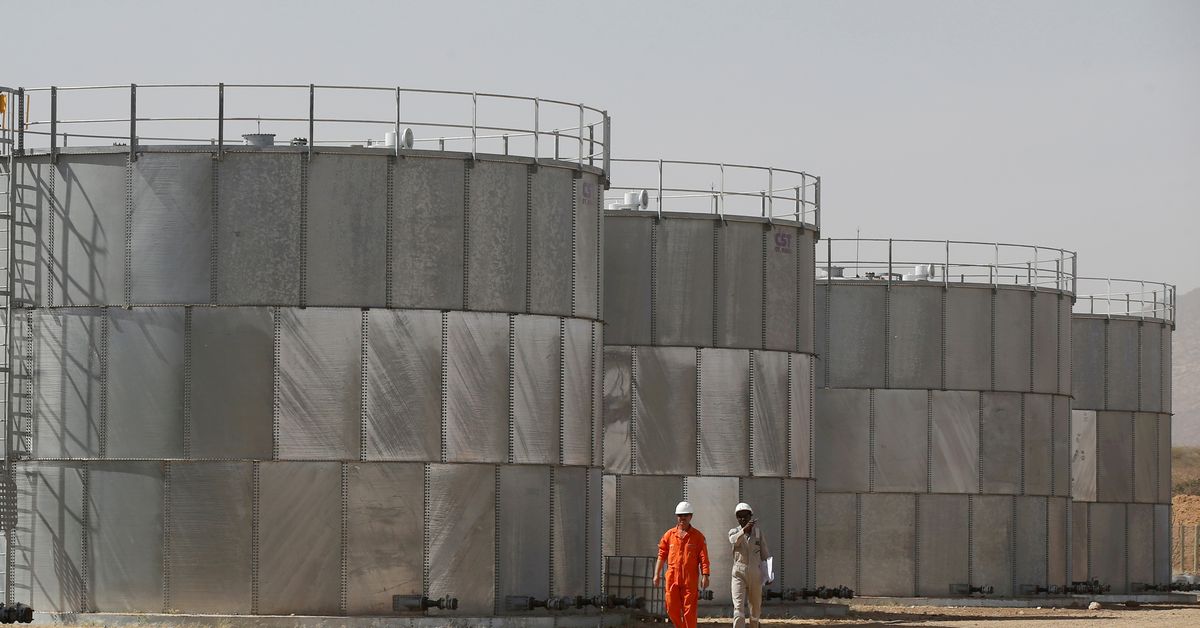 Sept 15 (Reuters) – Tullow Oil (TLW.L) rebounded with a first-half profit on Wednesday and announced a development plan for its Kenya project, sending shares in the Africa-focused firm as much as 9% higher.

Tullow and its joint venture partners have completed the redesign of the Kenya development project, the company said, adding the total gross capex for the project is expected to be about $3.4 billion, higher than the previous outlook.

The company which entered Kenya in 2010, now expects to recover 585 million barrels of oil (mmbo) from the project over the full life of the field, which JPMorgan analysts said in a research note was at least 14% higher than their estimate.

Tullow is in talks for strategic partners for the project, Chief Executive Officer Rahul Dhir told Reuters, adding that the company was also looking to cut its exposure in Guyana.

“Tullow is just taking a step back. The overall strategy is to allocate more capital to our core production assets, so what we are looking to do in Guyana for instance is to bring in partners and reduce our capital exposures,” Dhir said.

Tullow, which has been operating in Africa since 1986, raised the lower end of its 2021 production target to reflect increased output from its Central-African Simba field while it pushed the planned maintenance shutdown of the Ghanaian Jubilee plant into 2022.

The company’s finance chief Les Wood will also step down by the end of March, with the search for a new CFO expected to conclude in the first quarter of 2022.

Profit after tax came in at $93 million for the six months ended June, from a loss of $1.33 billion last year due to impairment charges. Tullow refinanced its $2.3 billion debt pile earlier this year.

Reporting by Shanima A and Pushkala Aripaka in Bengaluru; Editing by Sherry Jacob-Phillips and Elaine Hardcastle