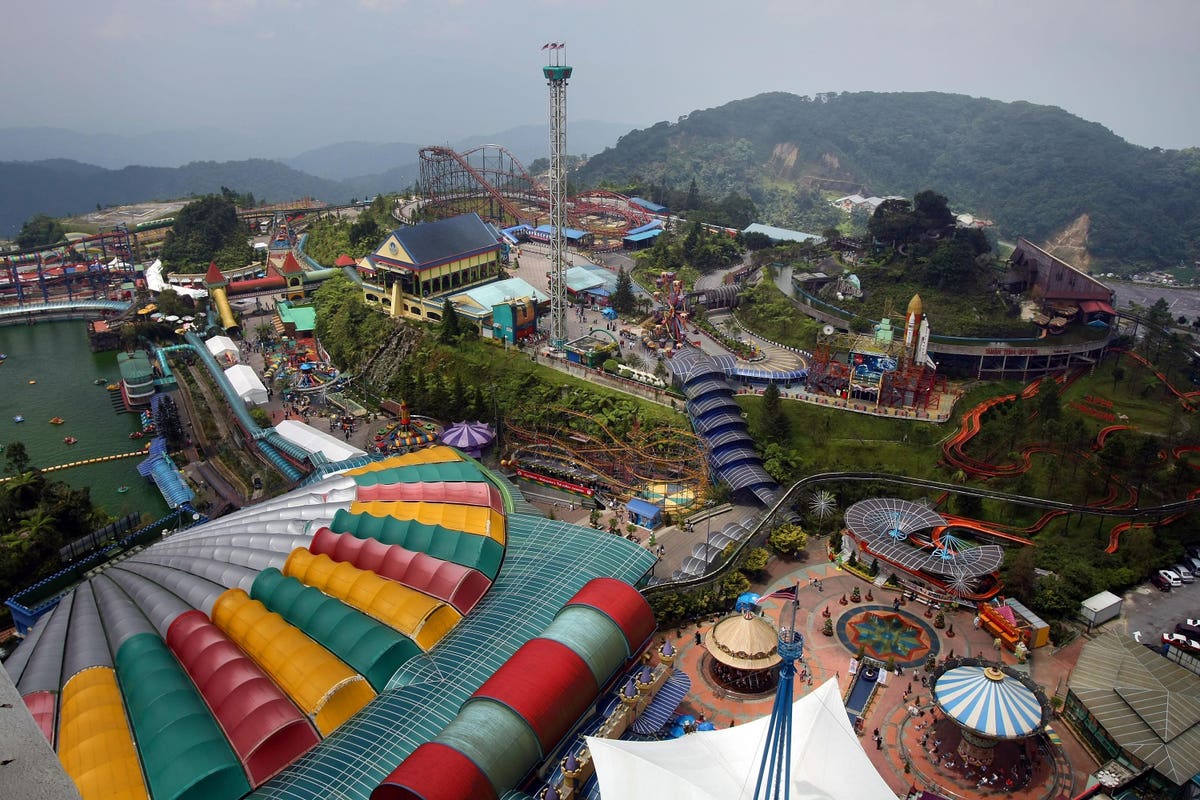 A general view of the Genting amusement area, at the Resort World Convention Hall in Genting … [+] Highlands on August 1, 2008 in Kuala Lumpur, Malaysia.
Kristian Dowling/Getty Images

The fresh capital injection sets the stage for Empire to implement its long-term financing plan and achieve an optimal capital structure, Genting said Tuesday in a filing to Bursa Malaysia. Fitch upgraded its credit rating for Empire–which will use the funds to partly repay existing debts of about $365 million–by one notch to B+ following the news, and raised the outlook for company to stable from negative.

Genting Malaysia and its controlling shareholder Lim have invested more than $1 billion to date in Empire, which owns and manages Resorts World Catskills–a casino resort nestled in the Catskills Mountains in upstate New York–as well as the nearby Monticello Raceway, a harness horse racing track. Genting Malaysia holds a 49% stake in Empire, while Lim’s investment vehicle Kien Huat Realty owns the rest.

The Resorts World Catskills was hard hit by the Covid-19 pandemic, with the $1.2 billion casino and entertainment complex closing for five months at the height of the coronavirus outbreak in compliance with government enforced restrictions.

Business has steadily recovered since the resort reopened in September 2020, with Empire reporting a positive EDITDA of $3.5 million in the second quarter of this year, Genting said. “Resorts World Catskills experienced a strong rebound in its operational performance as pandemic-related restrictions were progressively eased and fully lifted by June 2021 in the New York State,” it said.

Despite the robust recovery of its operations in New York, Genting Malaysia remains in the red, with the company reporting a net loss of 831.7 million ringgit ($200 million) in the first half, compared with a loss of 1.3 billion ringgit a year earlier.

“While the international travel market has shown signs of revival, the recent Covid-19 developments will continue to pose uncertainties to the outlook of tourism, leisure and hospitality sectors,” Genting Malaysia said in August as it announced its first-half results. “The regional gaming market is expected to remain challenging in the short-term.”

Apart from its U.S. operations, Genting owns also owns casino resorts in the Malaysia, Singapore and the U.K. The group also has interests in plantations and cruise ship operator Star Cruises through Genting Hong Kong.

With a net worth of $2.55 billion, Lim was ranked No. 11 on the list of Malaysia’s 50 Richest that was published in June. The business was founded in 1965 by his late father Lim Goh Tong, who had the idea of building a mountain resort while working on a hydro-electric project in Cameron Highlands, which is now the site of the Resorts World Genting casino resort and theme park.