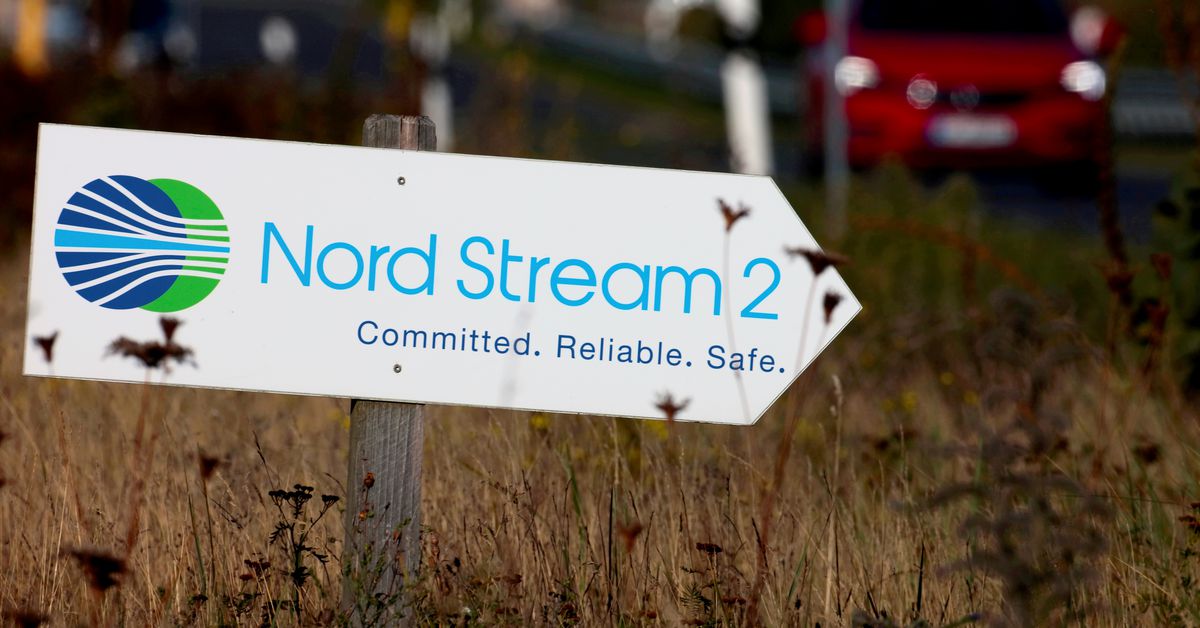 WASHINGTON, July 21 (Reuters) – Germany will act to curb Russia’s ability to export energy if Moscow takes aggressive actions against Ukraine or uses energy as a weapon, a U.S. diplomat said of a U.S.-German agreement on the Nord Stream 2 pipeline due to be unveiled on Wednesday.

The pact aims to mitigate what critics see as the strategic dangers of the $11 billion pipeline, now 98% complete, being built under the Baltic Sea to carry gas from Russia’s Arctic region to Germany. read more

U.S. officials have opposed the pipeline, which would allow Russia to export gas directly to Germany and potentially cut off other nations, but the Biden administration has chosen not to try to kill it entirely with U.S. sanctions.

Instead, it has negotiated a pact with Germany that aims to impose costs on Russia to prevent it from using the pipeline to harm Ukraine or other countries in the region.

Under the agreement, U.S. Under Secretary of State Victoria Nuland told lawmakers on Wednesday that Germany had committed to taking steps against Russia both on its own and in the EU.

“Should Russia attempt to use energy as a weapon or commit further aggressive actions against Ukraine, Germany will take actions at the national level and press for effective measures at the European level, including sanctions, to limit Russian export capabilities in the energy sector,” she told the lawmakers.

Nuland also said Germany and the United States would support a 10-year extension of the Russia-Ukraine gas transit agreement, a source of major revenues to Ukraine, that expires in 2024.

“More broadly we need to work together to reduce Ukrainian dependence, both its economic dependence on transit but its own dependence on Russian gas,” she told lawmakers.

“You’ll see when this is released a considerable effort by both the U.S. and Germany to help diversify energy supply and energy source for Ukraine, with concrete dollar figures, euro figures attached to it,” she added.

German Chancellor Angela Merkel spoke by phone with Russian President Vladimir Putin hours before the expected release of the agreement, the German government said, saying Nord Stream 2 and gas transit via Ukraine were among the topics.

Sources said Germany would contribute to a new $1 billion fund aimed at improving Ukraine’s energy independence, including through investments in green hydrogen, according to the sources.

Reports about the agreement drew immediate jeers from some lawmakers in both Germany and the United States.

Republican Senator Ted Cruz, who has been holding up President Joe Biden’s ambassadorial nominations over his concerns about Nord Stream 2, said the reported agreement would be “a generational geopolitical win for Putin and a catastrophe for the United States and our allies.”

Cruz and other lawmakers are furious at Biden for waiving congressionally mandated sanctions against the pipeline.

In Germany, top members of the environmentalist Greens party called the reported agreement “a bitter setback for climate protection” that would benefit Putin and weaken Ukraine.