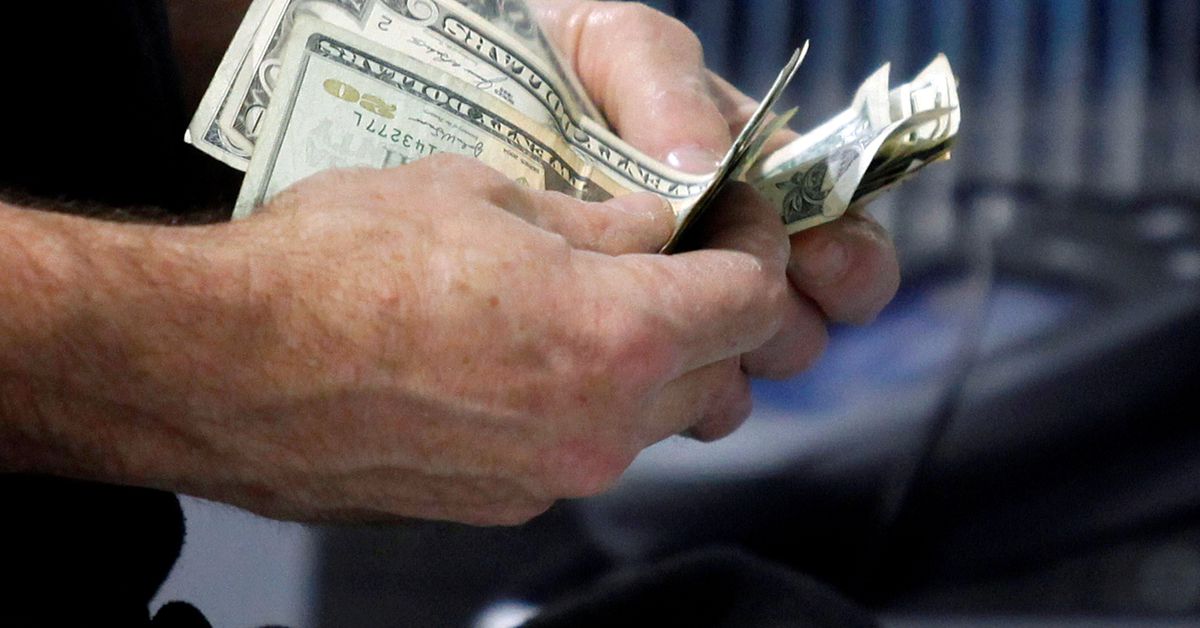 A customer counts his cash at the register while purchasing an item at a Best Buy store in Flushing, New York March 27, 2010. REUTERS/Jessica Rinaldi/File Photo

Sept 14 (Reuters) – Direct cash payments to households and generous unemployment benefits helped to keep millions of Americans out of poverty after the coronavirus pandemic severely disrupted the U.S. economy and pushed people out of work, according to a government survey released on Tuesday.

The stimulus payments the federal government sent out to most U.S. households in the middle of the pandemic helped to lift 11.7 million people out of poverty last year, the U.S. Census Bureau said. Support offered through jobless benefits, which were enhanced with federal funds, also helped as unemployment soared because of the crisis, the report showed.

“I think this really shows the importance of the social safety net,” said Liana Fox, chief of the Census Bureau’s poverty statistics branch.

The poverty rate dropped to 9.1% in 2020 from 11.8% in 2019, according to a measure that takes into account government support offered through programs such as food assistance and the stimulus checks.

In contrast, the official U.S. poverty rate, which does not include the stimulus checks or some other government programs, rose to 11.4% from 10.5% in 2019, the first increase after five years of declines.