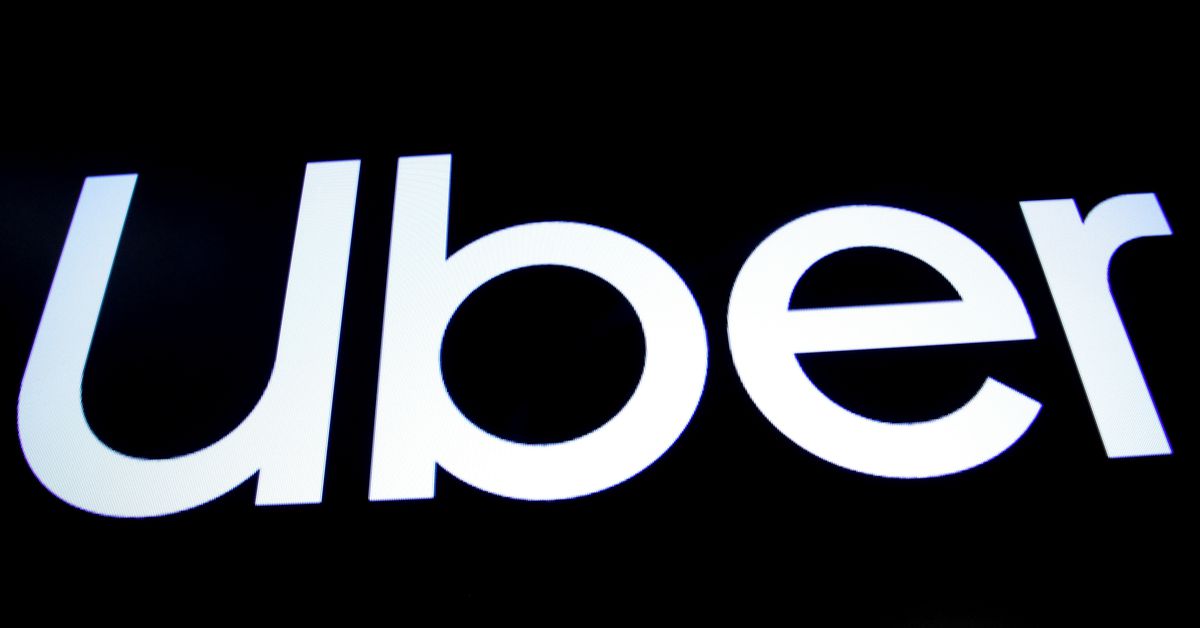 A screen displays the company logo of Uber Technologies Inc on the day of its IPO at the New York Stock Exchange (NYSE) in New York, U.S., May 10, 2019. REUTERS/Brendan McDermid

BRUSSELS, Sept 30 (Reuters) – Uber Technologies Inc. (UBER.N) joined a protest of its drivers in Brussels on Thursday with an unprecedented suspension of its service in the Belgian capital.

Rules dating back to 1995 prohibit drivers from using smartphones, meaning those that use the Uber app to pick up customers and to drive them to their destination risk losing their vehicles, Uber said in a blog.

“This is not acceptable in 2021,” Uber said, adding the sector had been waiting seven years for reforms.

In an email to clients, the hail-riding company said its services would be unavailable for three hours in the morning because the Brussels government had failed to present a reform plan before the summer, contrary to its pledge to do so.

Uber said the suspension was “exceptional and unprecedented” in Europe and that it stood with the 2,000 independent drives who use its app daily and who “fear for their work and are worried for their future.”

During the suspension, hundreds of Uber drivers drove their cars in a procession through central Brussels to the office of the regional premier, who met a delegation.

The Brussels government said it had set out a draft law on Tuesday to reform rules for taxi and ride-hailing services.