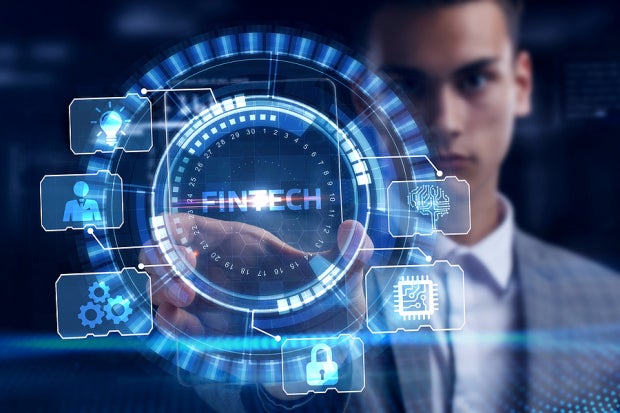 What is holding up this market? Last week I told you that the bounce was not one to buy, yet, in this article and video…

Correction Not Over: Indicators to Watch for Capitulation

But volatility and selling have not accelerated to the downside as I expected after repeated failures to overcome resistance and lower highs.

In the video that accompanies this article, I go over the major charts including SPX, NDX, SOX (the semis), and IGV which shows the software industry group holding up the best of all, much closer to its recent all-time highs.

I have a hypothesis about what is holding the market up. Actually maybe it’s more of a barometer.

FinTech’s Glory Days Are Far From Over

On Tuesday, another FinTech unicorn got some much bigger wings on its flight to become a global brand and probably land a stock market IPO some day.

Bolt is a 5-year old “startup” that created an e-commerce checkout product seeking to replicate Amazon’s (AMZN – Free Report) one-click shopping experience. Their key innovation that they offer merchants is a universal checkout ID for shoppers.

And with 10 million registered shoppers, they are far beyond startup phase. The big news for Bolt on Tuesday was a $393 million series D financing round that now values the company at $6 billion.

A whole generation of shoppers has come to expect the ease of Amazon’s one-click checkout — it’s seamless and hassle-free. Shopify (SHOP – Free Report) has also found success with Shop Pay, which allows users to flow through checkout in one tap. But these two giants’ reach, while extensive, is confined to their respective platforms, leaving little flexibility or control for other ecommerce platforms and retailers. Merchants who don’t have access to data and insights on their shoppers barely have a fighting chance.

Another huge fact about this big financing is this: Bolt’s valuation just went 18X in 18 months!

Obviously, some big VC investors have recognized the potential of Bolt’s services. Maybe that’s because they expect by the end of 2022 for one-third of all US shoppers to be on the platform.

And that brings me to my bullish hypothesis, or barometer, if you will.

In the video I show a terrific infographic from Financial Technology Partners, an investment bank focused exclusively on FinTech, of all the other financings this year. The mountain of investors, companies, and money changing hands is astounding.

In Q3 alone, there were $36 billion in deals for over 900 FinTech companies. The FT Partners database is impressive and founder Steve McLaughlin has surrounded himself with an elite team that also advised Bolt on their recent round.

You might be tempted to call it “irrational exuberance” amid certain signs of a FinTech bubble where everybody is getting money and headed for their Wall Street debut.

But I call it “innovation exuberance.” It’s a sign of investor confidence that few have bothered to measure before — except research firm CB Insights (see my FinTech Unicorns video) and now investment bank FT Partners.

And that optimism for new technologies, new solutions, and the creative destruction of disruption from the private VC world spills over onto Wall Street.

A New Velocity of Money

It seems counterintuitive at first. Wouldn’t more money invested in private startups and a greater supply of company IPOs be dilutive to valuations for public companies in the tech-heavy Nasdaq?

That sounds like the logical take. Yet with (1) steady economic growth after the pandemic shutdown, (2) very accommodative interest rates, (3) consumers with great balance sheets, and (4) the hyper-speed digital-cloud migration of companies driving cap-ex and thus earnings, the chance to invest in innovative new companies and technologies is more welcome than ever.

It’s more than a wealth effect from the top 10% of consumers and investors. It’s a “what’s next?” effect from the middle class, more of whom are becoming investors, starting new businesses, collecting assets and seeking lots of alternatives about where and how to move their money.

Before you watch today’s video, be sure to check out my last presentation where I discussed the “BNPL” effect (buy now, pay later) after Square (SQ – Free Report) bought Australia’s Afterpay for $29 billion and Affirm Holdings (AFRM – Free Report) partnered with Amazon…

I also talked about SoFi (SOFI – Free Report) then. And in today’s video I show which two large VC have been putting more money in Chime.

Disclosure: I own shares of SQ for the Zacks TAZR Trader portfolio.