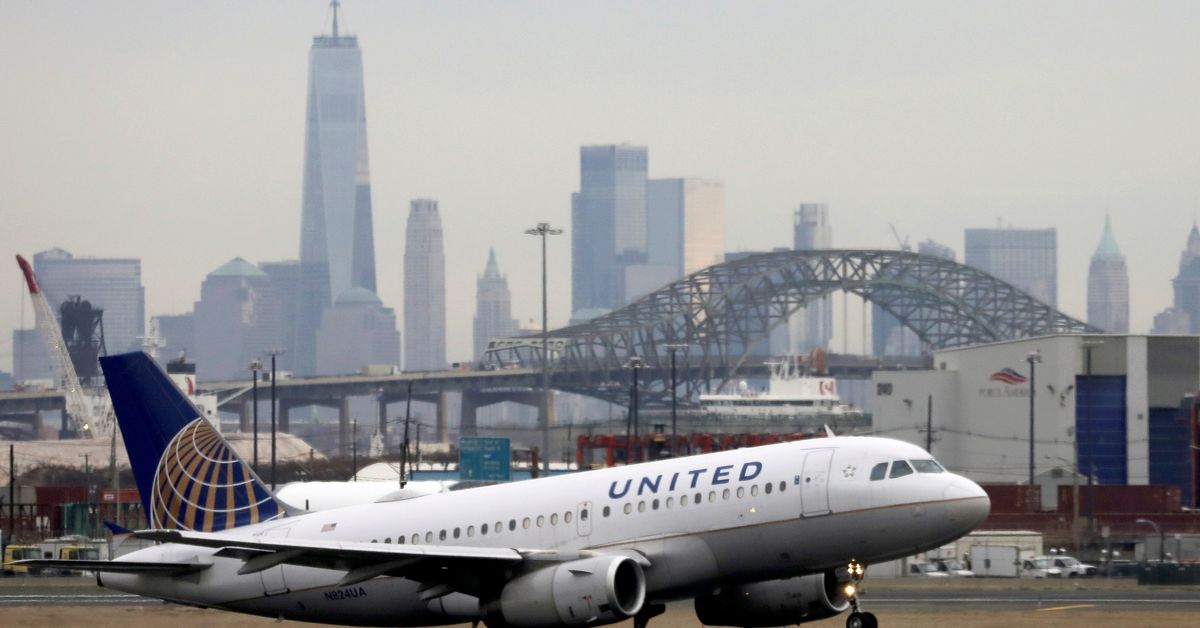 CHICAGO, July 20 (Reuters) – United Airlines (UAL.O) on Tuesday reported its sixth consecutive quarterly loss due to the coronavirus pandemic, though revenue quadrupled from a year ago as speedy U.S. vaccinations fueled a domestic travel rebound in the second quarter.

Chicago-based United’s second-quarter adjusted operating revenue rose to $5.47 billion from about $1.47 billion a year ago, above analysts’ average estimate of $5.35 billion.

U.S. leisure travel has nearly recovered to pre-pandemic levels as more people fly for vacation or to visit friends and family. Corporate and international travel – to which United is heavily exposed – remains depressed.

Analysts had estimated a loss of $3.94 per share, according to IBES data from Refinitiv.

Excluding items, the company lost $434 million in the second quarter. United has said it expects to be profitable in the third and fourth quarter.

U.S. airlines have played down concerns over the impact of a resurgence in COVID-19, spurred by the more contagious Delta variant of the coronavirus, which has become dominant in the United States and many other nations. read more

United’s quarterly revenue was just half of the roughly $10 billion it booked in the same quarter of 2019 before the pandemic jolted the travel industry.

As demand returns, U.S. airlines – which benefited from $54 billion in federal COVID-19 aid for workers’ salaries – have rushed to restore their operations.

United last month unveiled its largest-ever aircraft order for 270 jets in a push to boost its domestic capacity by almost 30% and better compete for both premium and low-cost travel. read more

It has also announced a string of investments related to sustainability and innovation as airlines face renewed scrutiny over their environmental impact. read more