US inflation eased in August. But America’s not out of the woods yet 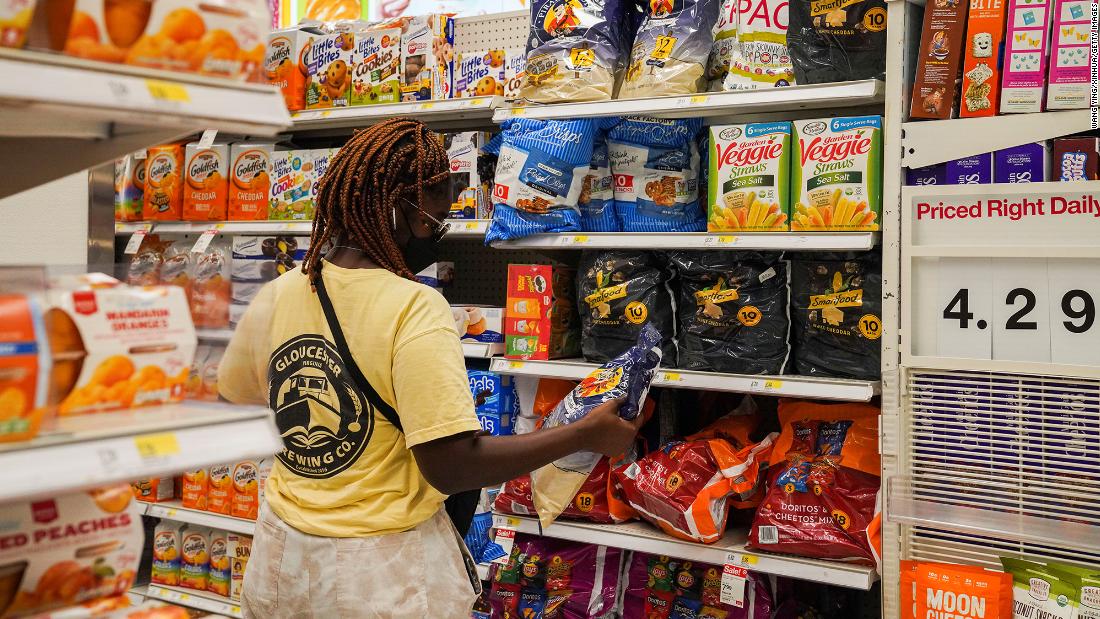 share this article!
Consumer prices rose 5.3% in the year ended in August, slightly below the 5.4% increase in June and July, the Bureau of Labor Statistics said Tuesday. Stripping out more volatile items like food and energy, prices rose by 4%, also a smaller increase than in July.
For the month of August alone, consumer prices rose 0.3% adjusted for seasonal swings. It was the second straight month in which the inflation rate fell slightly. Without food and energy, prices rose 0.1% for the month, the smallest increase since February.

What got more expensive?

Prices rose across the board last month with only a few exceptions. That said, inflation in many product categories rose at a slower pace than in July.
Read More
This was also true for food prices, which increased 0.4% in August — their slowest increase since May — and 3% for the year-over-year period. Most of the major grocery store food price indexes rose over the past 12 months, with beef prices climbing the the highest at 12.2%. The price index for meats, poultry, fish and eggs increased 8%.
Meanwhile, prices for airline tickets fell dramatically by 9.1%, and car insurance costs also declined in August. Used car prices in August dropped for the first time since February. Even so, they’re still up a whopping 31.9% over the past 12 months.
Demand for used cars has been sky-high throughout the pandemic as people sought alternatives to public transportation. Also hurting prices: new car production has been hampered by a global chip shortage. Prices for new cars continued to rise in August.

Lending credence to the Fed

Inflation remains well above the Federal Reserve‘s target of around 2%. This matters because it’s the central bank’s job to keep prices steady. Inflation has soared since the recovery started, but the Fed contends this is mostly due to temporary factors.
Tuesday’s report supports the central bank’s line of thinking. And the Fed isn’t alone with this idea.
The data “reaffirmed our core view that inflation has likely formed a peak in summer 2021 following the historic supply shock that defined pandemic economics during 2020-21,” said RMS chief economist Joseph Brusuelas in a note to clients.
Nevertheless, the bank has signaled that it intends to soon wind down some of its emergency economic stimulus imposed last year when the pandemic began. That could also keep inflation in check. But for the stimulus wind-down to be successful, the economy must be strong enough to continue the recovery on its own. A disappointing August jobs report may have pushed the timeline for when the Fed will announce the policy rollback.
The Delta variant and its effect on the recovery remains one of the biggest economic risks for the remainder of the year and going into 2022.
Increased virus risk could keep inflation high and exacerbate supply chain bottlenecks producers are already struggling with. In either case, the next few months could be bumpy in terms of economic data, Brusuelas said.