USD/CAD: Loonie Strengthens as U.S. Inflation Weighs on the Greenback 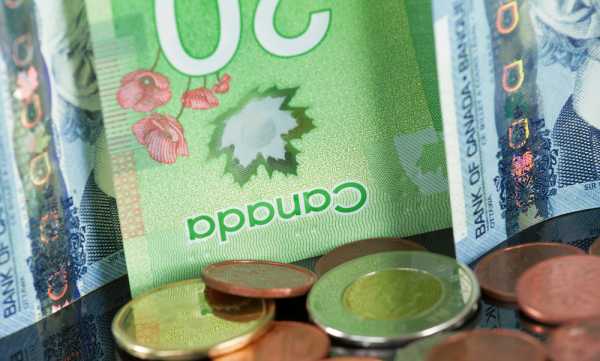 “USDCAD strengthened a bit more than we expected last week, peaking nearer the mid-1.27s whereas we had anticipated better resistance a big figure lower. There is still a lot of chop in this market – witness the sharp rally in the USD last Friday and the lack of follow-through interest (so far) today. We note that the sideways trading range shows signs of persisting on the face of it, although the undertone remains more USD-bullish, based on the positive alignment of trend strength signals on the daily and weekly DMI oscillators,” noted Shaun Osborne, Chief FX Strategist at Scotiabank.

“The session started with the intraday DMI also in USD-bullish territory but the signal has faded to neutral at writing. Broadly, we are leaning bullish on the outlook for USDCAD–the trend higher since the early June low is intact and supported by positive DMI signals–but conviction here is suitably low. Support remains 1.2595 (40-day MA at 1.2593 today). Resistance is 1.2760 ahead of a retest of 1.28+ levels.”

Inflation slowed in August after reaching its highest level in 13 years in July. The Bureau of Labor Statistics reported Tuesday that consumer prices rose 5.3% in the year ending in August, a slight drop from the 5.4% increase in June and July. This suggests inflation had topped out.

The dollar index, which measures the value of the dollar against six foreign currencies, was trading 0.14% lower at 92.599.

However, it is highly likely that the world’s dominant reserve currency, the USD, will rise by end of the year, largely due to the expectation of two rate hikes by the Fed in 2023. With the dollar strengthening and a possibility that the Federal Reserve will raise interest rates earlier than expected, the USD/CAD pair may experience a rise.

“The electoral campaign in Canada is set to remain in focus with only 10 days to go before the vote, and we think that CAD is currently discounting some political risk as opinion polls show neither of the two major parties (Liberals and Conservatives) as likely to secure a full majority in the House,” noted Francesco Pesole, FX Strategist at ING.

“Next week, CPI data will be the main highlight and another above-consensus read may further support hawkish expectations on the BoC, but once again, political risk may cap CAD gains for now. Once political uncertainty dissipates, a short-term undervaluation vs USD (2.1%, according to our fair value model) and solid fundamentals all point to a rebound in the loonie, in our view.”

In August, Canada added 90,200 jobs, and the unemployment rate fell to 7.1%, its lowest level since the Coronavirus pandemic began. The data might support the Bank of Canada’s next taper in October. The Governor of the Bank of Canada, Tiff Macklem, said on Thursday that Canada is on its way to no longer needing quantitative easing to stimulate the economy.

Last week, the Bank of Canada held its key interest rate, citing fears that the pandemic and supply bottlenecks might stall the economic recovery. The central bank has maintained its overnight rate target at 0.25% and said it will continue buying bonds at a rate of $2 billion a week as part of its quantitative easing program.