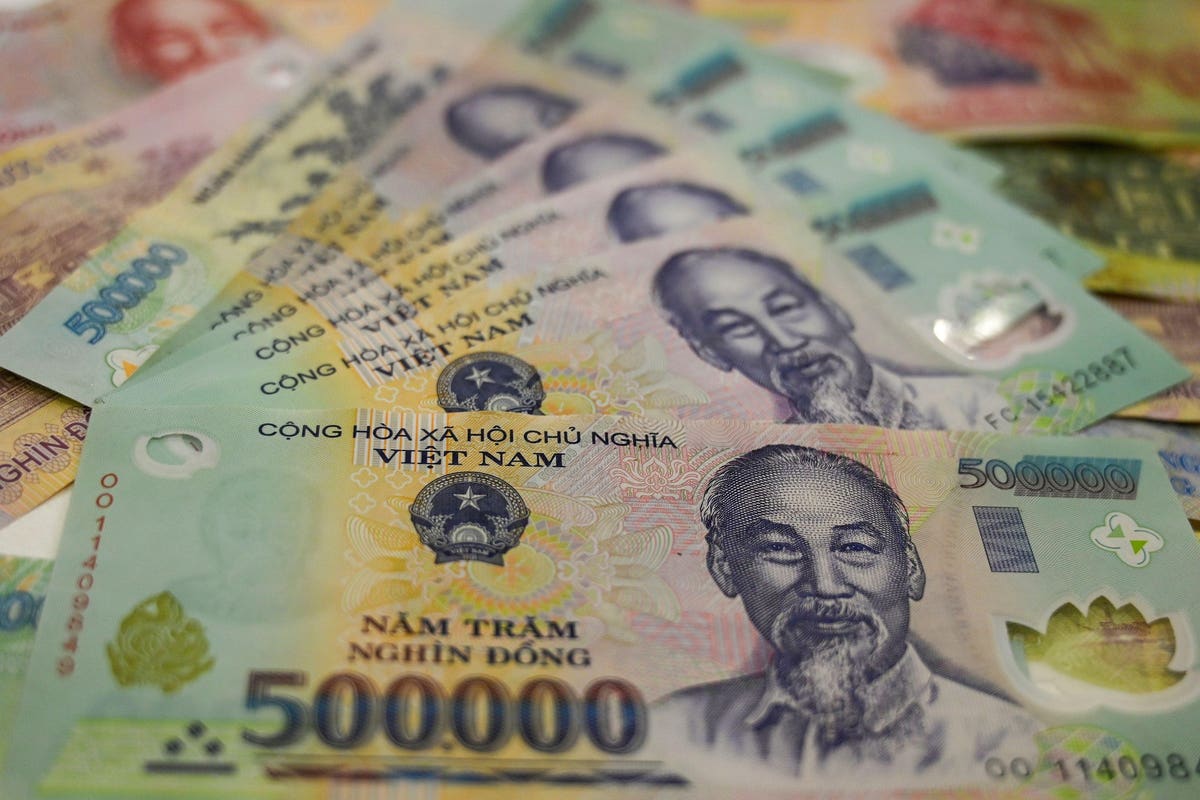 Vietnam just made a deal with the U.S. Treasury Department: we won’t weaken the dong if you take us off the dreaded “currency manipulator” list.

The mere presence of Vietnam in the Treasury’s crosshairs is a story in itself. Last December, the recently defeated Donald Trump White House perplexed many when it added tiny Vietnam to what’s essentially a rogue-trading nation list aimed at China.

At the time, Vietnam was getting huge kudos for having won the outgoing U.S. president’s trade war. All those tariffs and company bans Trump tossed China’s way didn’t bring factories back to America. A critical mass simply shifted production to Vietnam. Other than vindictiveness, there’s no good explanation for hitting Hanoi, especially amid a pandemic.

Now comes a climbdown, with Vietnam pledging to U.S. officials not to deliberately drive down the dong exchange rate to gain a trade advantage. The agreement between Treasury Secretary Janet Yellen and State Bank of Vietnam Governor Nguyen Thi Hong, months in the making, also means the pressure is on Hanoi to mind its ballooning trade surplus with Washington.

This may seem a win for Washington. And clearly, boosters will say Trump brought Hanoi to heel. Hardly. The real winner in the long term is Vietnam. Its economy is now learning to live without the crutch of a stimulative exchange rate–in ways that auger well for its future. And in ways sure to irk Trump supporters.

From Japan to South Korea to China, Asia is awash in examples of how weak exchange rates can warp incentives and stymie innovation. Developing nations take growth engines where they can find them, of course. And for a rising economy in Southeast Asia evolving in China’s shadow, who wouldn’t maximize the gross domestic product boost from exports?

Trouble is, cheap currencies become an addiction. Japan and Korea, for example, are infinitely more developed economies that remain in the thrall of export-led growth. The dark side is that corporate and government policies prioritize helping export behemoths ship ever more goods overseas over all else–not disruption from the ground up.

If you wonder why Asia’s No. 2 and No. 4 economies punch well below their weights in producing tech “unicorns,” a stubborn focus on exports is a great place to start. It’s not the only reason, but the misallocation of attention and resources dents competitiveness. China, too, is grappling with this transaction from smokestacks to services and innovation.

Yet Vietnam has now decided to beat its weak currency addiction at an early stage. Any momentum Hanoi accords to moves to increase innovation, productivity and champion startups now as opposed to 10-15 years from now, will pay dividends in the form of millions of good-paying jobs and fresh wealth now.

Granted, the Treasury’s manipulation labels often come with little bite. But seeing as how President Joe Biden’s White House is keeping the pressure on Beijing, Vietnam would be wise to stay out of harm’s way.

And, frankly, to welcome greater cooperation with the U.S. Biden has yet to rejoin the Trans-Pacific Partnership (TPP), which Trump left in 2017. Vietnam is a member, but without the U.S. the TPP lacks the scale needed to be a bulwark against China. Hanoi should join lobbying efforts to get Biden to return to the fold and prod Korea, Indonesia, the Philippines to enter the pact.

A rising dong would go a long way to raising Vietnam’s purchasing power–and toward moving the entire economy upmarket.

Developing Asia so often views rising currencies as a crisis. But a strong exchange rate is, remember, a show of confidence from abroad. Over time, that trust pulls in more long-term investment, lowers bond yields, caps inflation and pushes governments to spend more time raising economic games than gaming markets.

On Monday, Yellen suggested as much. “I believe the State Bank of Vietnam’s attention to these issues over time not only will address Treasury’s concerns, but also will support the further development of Vietnam’s financial markets and enhance its macroeconomic and financial resilience,” she said.

Vietnam, meantime, said it’s committed to International Monetary Fund rules “to avoid manipulating its exchange rate in order to prevent effective balance of payments adjustment or to gain an unfair competitive advantage” and promised to “refrain from any competitive devaluation of the Vietnamese dong.”

It might not feel like it in Hanoi today, but this is very much a win for Vietnam’s trajectory. Not at all what the economic pundits of Team Trump envisioned.