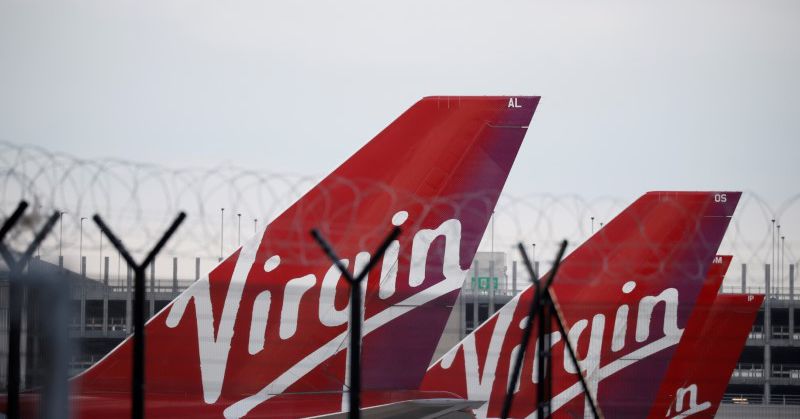 LONDON, Sept 30 (Reuters) – Virgin Atlantic, the British airline founded by billionaire Richard Branson, has delayed its plan to list until early 2022 to focus on the reopening of the transatlantic market, said a person familiar with the situation.

The United States has said it will allow in fully vaccinated travellers from Britain and dozens of other countries in November, fully reopening Virgin Atlantic’s main market for the first time in 18 months. read more

Virgin had been considering a float this autumn according to reports in August, but it will now wait until next year so it can focus on, and benefit from, the wider restart of travel between Britain and the U.S., the person said. read more

Bookings surged 600% the day when the U.S. announced the rule change, Virgin said on Sept. 21.

The airline, which is 51% owned by Branson through his Virgin Group while U.S. group Delta Air Lines Inc (DAL.N) owns the rest, declined to comment on its IPO plans.

Most airlines have struggled financially during the pandemic, but the long closure of U.S. routes deepened the crisis for long-haul specialist Virgin. It survived thanks to a 1.5 billion pound rescue between Sept. 2020 and March 2021.

In addition to the IPO, Virgin was also considering other funding options, the person added.