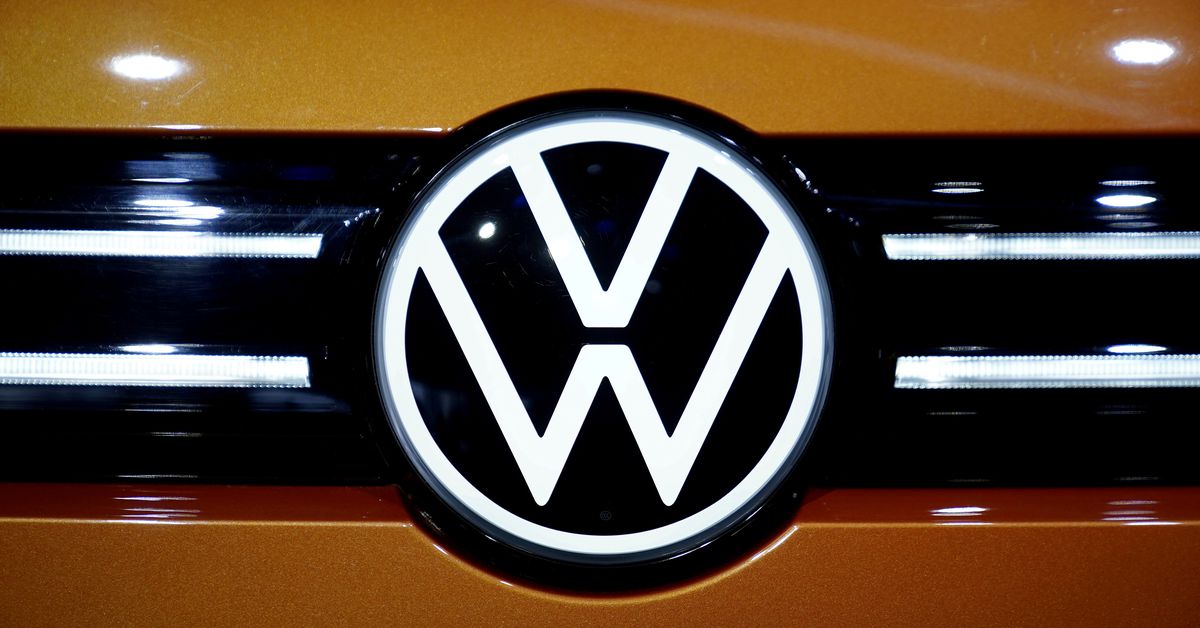 A Volkswagen logo is seen as it launches its ID.6 and ID.6 CROZZ SUV at a world premiere ahead of the Shanghai Auto Show, in Shanghai, China April 18, 2021. REUTERS/Aly Song

FRANKFURT, July 22 (Reuters) – Volkswagen (VOWG_p.DE) expects sales of its ID series of electric vehicles in China — the world’s largest car market — to pick up significantly in the second half of the year, Chief Executive Herbert Diess said on Thursday.

In the first half, deliveries of battery electric vehicles (BEV) in China more than doubled to 18,285, but accounted for just 10.7% of global BEV deliveries.