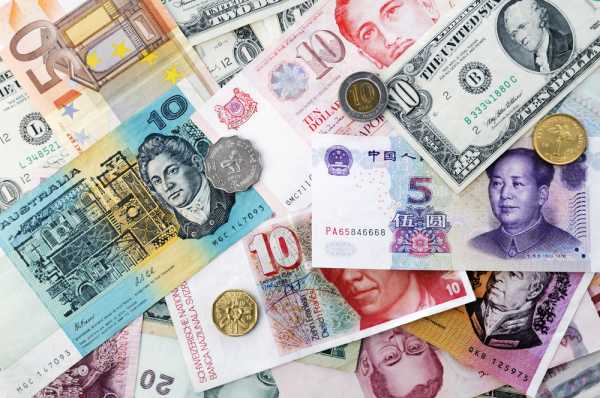 (Technical change on this timeframe is often limited, though serves as guidance to potential longer-term moves)

Closing the book on the month of June had EUR/USD–in the shape of a near-full-bodied bearish candle–touch gloves with familiar support at $1.1857-1.1352 and erase 3.0 percent.

Since mid-June, the daily timeframe has been carving out a falling wedge between $1.1847 and $1.1975, structure displaying weakening downside momentum. Quasimodo support at $1.1688 making an entrance is a possibility this week, arranged south of 31st March low at $1.1704 (a place sell-stops are perhaps positioned).

Any breakout above the wedge pattern will reignite interest in the 200-day simple moving average, circling $1.2002, a dynamic value sheltered beneath supply at $1.2148-1.2092.

With regards to long-term trend, we have been somewhat rudderless since the beginning of the year, despite healthy gains in 2020.

Out of the relative strength index (RSI), the indicator continues to occupy space south of trendline support-turned resistance (around 35.00-40.00), extended from the low 29.54. In spite of this, modest bullish divergence is taking shape. Indicator resistance is close by at 51.36, serving well since November 2020, and support falls in around the oversold threshold of 30.00.

Quasimodo support from $1.1749 remains a key watch on the H4 as price movement drifts within a stone’s throw of the base. It’s reasonable to assume traders are cautious buyers at this point, having witnessed June’s decline. The flipside to this, of course, is the chart pencilling in a falling wedge between $1.1875 and $1.1772, which represents a potential reversal pattern forming within the walls of the daily timeframe’s falling wedge (see above).

Additional technical levels to be mindful of this week are Quasimodo support at $1.1720 and Quasimodo resistance from $1.1880.

A closer reading of price action on the H1 chart guides attention to Fibonacci structure between $1.1745 and $1.1749, an area sharing chart space with H4 Quasimodo support underlined above at $1.1749.

Overhead, the 100-period simple moving average made a show around $1.1784 on Friday, delivering resistance heading into the early hours of London. Clearing the dynamic value this week will perhaps see $1.18 call for attention and resistance at $1.1821, joined alongside a 50.00% retracement value at $1.1817.

The relative strength index (RSI) defended support (36.94) at the back end of the week, and established minor bullish divergence. This tells traders that while Friday did indeed breach Thursday’s lows–albeit briefly–momentum is in the process of strengthening.

A breakout above the H4 falling wedge between $1.1875 and $1.1772, supported by a Quasimodo formation from $1.1749, underscores the likelihood of a bullish reversal occurring.

Couple the above with the H1 timeframe’s Fibonacci structure between $1.1745 and $1.1749, chart studies suggest short-term flow is eyeballing higher terrain this week, targeting $1.18 as an initial upside objective.