What Nightfood’s Successful Hotel Launch Test Means for the Company 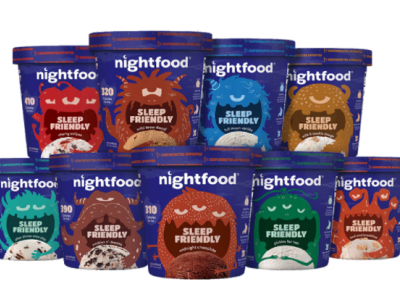 Award-winning ice cream company Nightfood Holdings, Inc. (OTC: NGTF) has been making headlines for being the only player addressing America’s $50 billion nighttime snacking problem. Nightfood has a footprint in almost 2,000 supermarkets in the U.S., including Walmart (NYSE: WMT) and Albertsons (NYSE: ACI).

Recently, the category-pioneering company revealed a major development that may significantly expand its reach and ultimately make the brand a household name.

On September 8, 2021, Nightfood announced the completion of a retail pilot test with a leading international hotel chain. The hotel chain has made the decision to fully launch Nightfood into its lobby shop freezers, with an expected start date in Q4 2021 or Q1 2022.

The pilot test results indicate that Nightfood can sell as many pints per week in a single hotel location as in a single supermarket. The company believes that adding thousands of hotels would be as impactful to the top line as adding the same number of supermarkets — greatly supporting the brand’s ability to excel in the supermarket environment.

As thousands of new consumers discover Nightfood each day in the curated hotel setting, the company projects to be significantly more profitable and more cash-efficient.

Nightfood has engaged iDEAL Hospitality Partners Group, an expert hospitality industry advisor that focuses on introducing and scaling innovative products and services for the lodging industry to hotels and resorts throughout North and Central America and in the Caribbean.

iDEAL is presently securing distribution partnerships for Nightfood with additional global hotel brands as well as the largest Group Purchasing Organizations in hospitality, representing thousands of other hotel properties.

Nightfood’s products seem like an ideal match for lobby shops in hotels. The brand offers better nighttime snack options compared to the kind of sleep-disruptive snacks most often found in hotel shops

The implications for Nightfood could be massive as there have been similar sales success with distribution strategies of this magnitude.

For instance, RxBar scaled supermarket sales in new markets using distribution in CrossFit gyms. In 2015, they produced 1.5 million bars and then began selling in CrossFit gyms across the Midwest and later at major grocery store chains like Whole Foods and Target (NYSE: TGT). By September 30, 2017, the company sold 120 million bars with revenues of over $100 million. Kellogg Company (NYSE: K) eventually acquired RxBar for $600 million.

Similar non-traditional retail partnerships that have achieved success include Oatly (NASDAQ: OTLY) leveraging availability in coffee shops and Starbucks (NASDAQ: SBUX) into major supermarket success and a market cap of over $10 billion, and Subway’s collaboration with Frito Lay, a subsidiary of PepsiCo (NASDAQ: PEP).

Nightfood is poised for something equally powerful as they plan to launch into more than 7,500 hotel locations by July 31, 2022. The company eventually wants to secure placement in all of the estimated 20,000 hotels in the U.S that sell snacks in lobby retail shops.

For now, Nightfood expects to use thousands of hotels to strengthen its position in the supermarket business as it finds itself in a favorable position with the accelerated consumer acceptance of the projected multi-billion-dollar night snack category.

To learn more about Nightfood, visit its website here.