What Will Become Of Cash-Strapped China Evergrande? 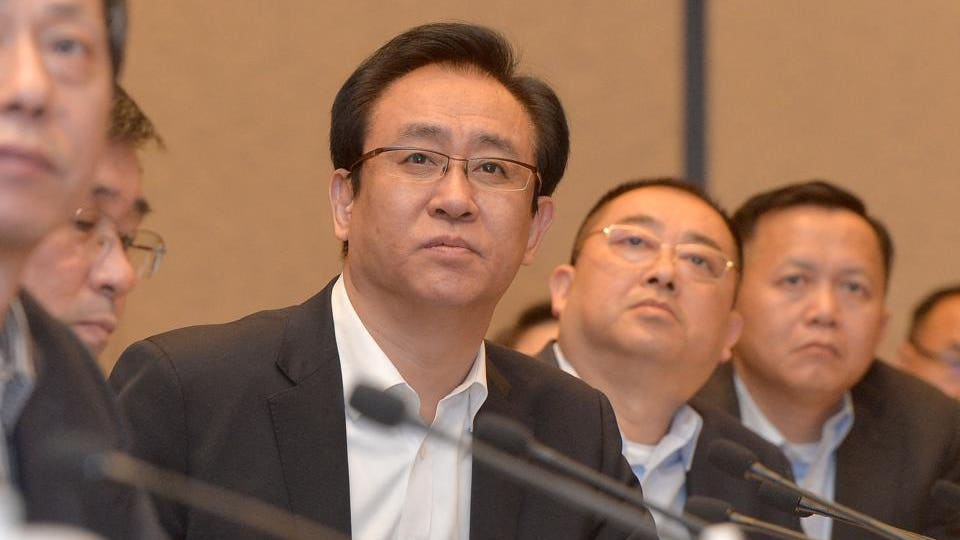 Chinese billionaire Hui Ka Yan is probably edging towards a restructuring of Evergrande’s whopping $302 billion in total liabilities, as the property developer makes little progress in averting a mounting debt crisis that has led to protests outside its headquarters.

Zhou Chuanyi, a credit analyst at Singapore-based Lucror Analytics, said such action usually heralds a debt restructuring down the road, and investors are now closely monitoring its interest payments and looking for clues as to whether the process will begin soon.

“A restructuring is very likely,” she says.

Evergrande’s dollar bonds have already priced in the risk of a restructuring. The company’s 8.25% note due March 2022 fell 5.7 cents on the dollar to 26.8 cents by around midday in Hong Kong, according to Bloomberg data. And the company’s stock has lost close to 83% of its value over the past year.

The Shenzhen-based company, which previously relied on cheap financing and took on a debt-fueled path of expansion that saw it venture into football, electric cars and spring water, now appears to be running out of options to stave off its creditors. Local financial journal Caixin reported that scores of investors and employees who bought Evergrande’s wealth management products gathered at the company’s Shenzhen headquarters to protest against overdue payments.

Evergrande did not respond to requests for comment. The company’s filing warns investors that it’s facing “tremendous” cash flow pressure. The developer’s contracted property sales in September will have a “significant decline,” because negative media reports have dampened homebuyer confidence, it said. Evergrande’s other efforts to raise funds-namely selling equity interests in its listed electric vehicle and property services units, haven’t reached “expected outcomes,” according to the filing.

“In view of the difficulties, challenges and uncertainties in improving its liquidity as mentioned above, there is no guarantee that the group will be able to meet its financial obligations under the relevant financing documents and other contracts,” Evergrande writes.

Lucror Analytics’s Zhou says a watershed moment could come March next year, when $3.5 billion of Evergrande’s offshore bonds are expected to mature. With little means left to boost its cash holding, the company is likely to default, and then enter into a prolonged debt-restructuring process, she says

Warut Promboon, managing partner of Hong Kong-based credit research firm Bondcritic, also thinks a debt restructuring supervised by local governments is likely to happen. “The government will step in since Evergrande is too big and the impact of disorderly liquidation will be too great to bear,” says Promboon, who points to the restructuring process of China’s once high-flying airline conglomerate HNA Goup as an example. “Just like HNA, the new Evergrande will be leaner and retain only core assets.”

The question, however, is how much bond investors can expect to recover. To comply with the government’s goal of ensuring financial and social stability, Evergrande may opt to pay employees and suppliers first, says Zhou. Its trade and other payables, including commercial bills that allow the firm to pay suppliers for goods and services already received on a future fixed date, grew 13.5% to 829.2 billion yuan last year. Several companies have threatened to or already launched legal action against Evergrande for overdue payments.

Investors of Evergrande’s dollar-denominated notes may only get 25% of their money back, Iris Chen, a Hong Kong-based credit analyst at Nomura, wrote in an August research note. The payment will be mainly driven by asset sales at its listed subsidiaries such as the electric car unit, which could face as much as a 60% discount to its current value “considering a lack of actual business profitability and growth perspective.”

“Recovery can potentially be better if Evergrande can execute better-than-expected asset disposals, “she writes. “But too early asset disposals can also be bad for recovery value of the USD bonds as other creditors can front-run bond holders on the disposal proceeds.”