Whatever happens to Evergrande, nobody wants to short the yuan 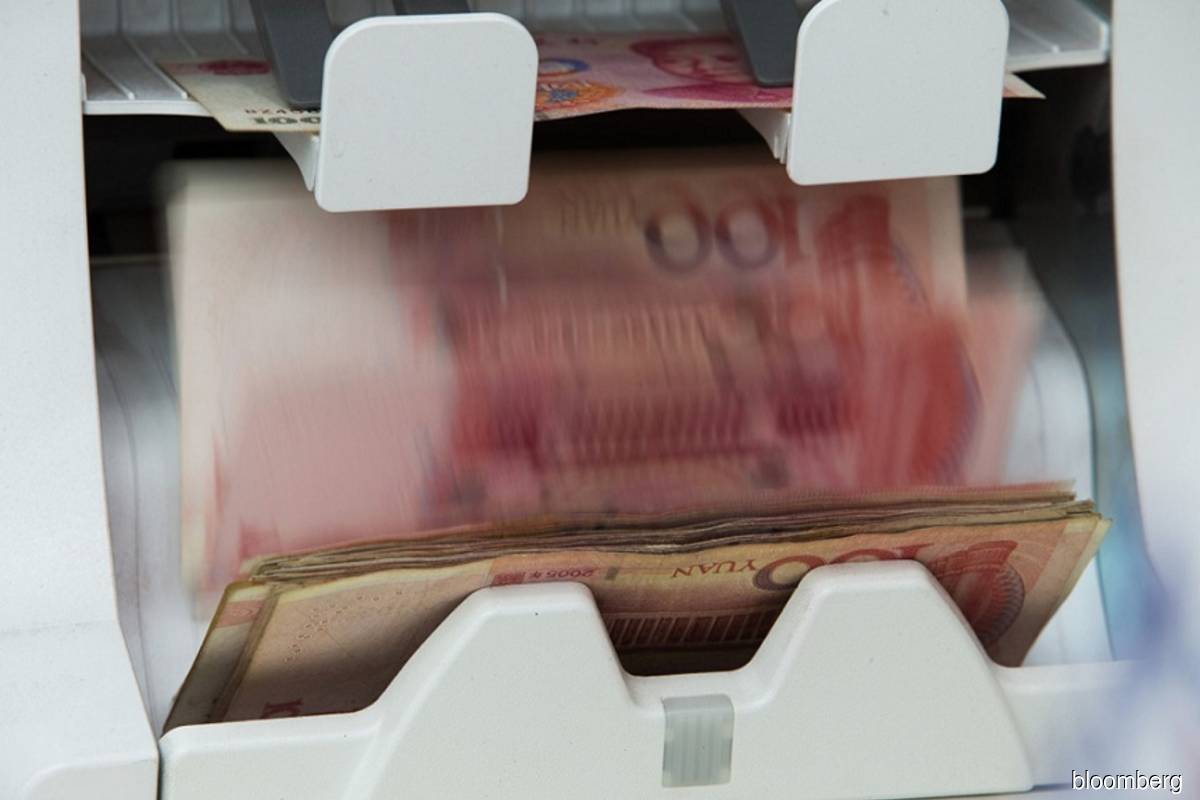 (Sept 30): The highly public unraveling of China Evergrande Group is shaking markets worldwide, but analysts are confident the nation’s own currency will be spared.

The yuan has been the subject of almost no short recommendations. Even among bearish analysts, few suggest betting against it directly amid soaring trade surpluses, negative carry for short positions and potential intervention by the People’s Bank in the case of Evergrande’s collapse.

That could seem counter intuitive. Evergrande has debts of more than US$300 billion, equivalent to over 2% of China’s gross domestic product, not to mention its potential impact on suppliers across local markets and industries. Yet while the offshore yuan lost 0.9% in the four days before the company’s first missed interest-payment deadline, it has since bounced back with one-month implied volatility also returning to early-September levels.

One main reason for the yuan’s renewed stability is China’s central bank, which is likely to step in given any sudden depreciation, Morgan Stanley analysts led by chief Asia economist Chetan Ahya wrote in a research note released Sept 23.

Morgan Stanley recommends going long the Chinese currency, paired with short positions in the euro and Taiwan dollar as “underlying flows remain healthy for CNY.” The euro has lost 2.3% versus the yuan in the third quarter, while the Taiwan dollar has gained about 0.2%.

The release of a senior Huawei Technologies Co. executive last Friday also rekindled hopes of easing US-China trade tensions, which could further aid the yuan. JPMorgan’s Wang recommends positioning through options for potential US tariff reviews on select Chinese products. While the timing and outcome of tariff developments are highly uncertain, “waiting for such news is carry positive even if there is no eventual delivery,” according to a note dated Sept 16.

A two-month CNH call option with 6.38 strike price, coupled with 6.30 reverse knock-out to reduce the cost, is favoured by JPMorgan. The trade is essentially a bet that yuan will appreciate past 6.38 per dollar, but not go beyond 6.30, if Washington eases some of its tariffs on Chinese products. Year-to-date highs for the onshore and offshore yuan were both reached on May 31 near 6.35 per dollar.

Still, investors will have to tread carefully.

Whether or not the company fails to repay its debts, Well Fargo’s Erik Nelson expects the yuan to drop to levels not seen since November 2020 over the next month, fueled by capital outflows and slower economic growth. Even with this “out of consensus call,” as he puts it, he prefers a short AUD/CAD trade rather than a direct bet against the yuan.

Other strategists see more risk to the yuan from rising US yields than from the Evergrande contagion. Iris Pang, Chief Greater China economist at ING, expects mild depreciation through the end of the year as the US begins tapering. Cui Li of CCB International Securities said she thinks Evergrande’s impact on the currency will be be “quite small,” but a rebounding dollar could exert downward pressure on the yuan.

Ten-year US Treasury yields surged above 1.56% during Tuesday’s New York session to the highest since June 16. That pulled the US-China yield spread to the lowest level since February 2020. Back then, the Chinese yuan was weaker, trading around the 7 per dollar level.

Even after a rough news cycle for China’s economy, its currency is largely unchanged against the dollar since the end of June. For most analysts, the nation’s trade surplus — which has surged more than 50% since the pandemic started, on a 12-month rolling basis — will help its currency weather this crisis.

“As long as the pandemic and the global supply chain disruption situation drags on, China’s trade surplus will keep the yuan up,” said Stephen Chiu of Bloomberg Intelligence.