WhatsApp messages are being deleted by UK officials. Should that be allowed? 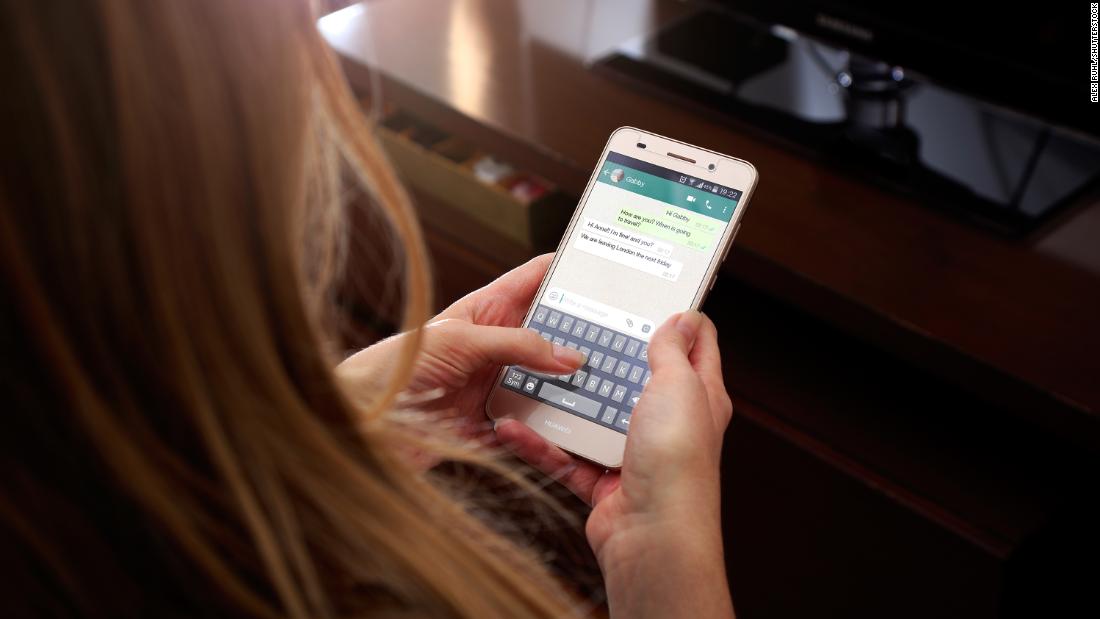 share this article!
Nonprofit groups Foxglove and the Citizens were given the go ahead on Tuesday to challenge the use of disappearing messages by UK officials, which they describe as “government by WhatsApp.” Apps such as Signal and WhatsApp, which is owned by Facebook (FB), allow users to send messages that disappear automatically after a set amount of time.
The campaigners have accused the government of breaching laws on freedom of information and the Public Records Act 1958, which requires the government to preserve certain official documents in the public interest. They began legal proceedings after writing to the government in March, asking Prime Minister Boris Johnson to ban disappearing messages.
The Cabinet Office — which supports the prime minister and the cabinet — requires officials to delete WhatsApp chat messages at the end of a conversation, according to the campaign groups, which said the rules were revealed for the first time in court on Tuesday.
The Cabinet Office said it does not comment on specific legal cases.
Read More
“Ministers will use a range of modern forms of communication for discussions, in line with legislative requirements, and taking into account government guidance,” a Cabinet Office spokesperson said Wednesday in response to questions from CNN Business.

Scrutiny of UK government communication practices has increased since Dominic Cummings, Johnson’s former top aide, posted Whatsapp messages online in June that appeared to show private chats with the prime minister. That same month, the Department for Digital, Culture, Media and Sport (DCMS) acknowledged that it allowed ministers and civil servants to set their messages to delete instantly.
In July, UK Information Commissioner Elizabeth Denham launched a formal investigation into the use of private correspondence channels at the Department for Health and Social Care, saying information in private email accounts or messaging services is often forgotten, deleted or lost.
Energy crisis could force more UK factories to close
“The suggestion of ministers and senior officials using private correspondence channels, such as private email accounts, to conduct sensitive official business is a concerning one,” Denham said in a statement at the time. “It concerns the public to feel there may be a loss of transparency about decisions affecting them and their loved ones.”
Foxglove director Cori Crider said Tuesday the case was the first of its kind and raised “a critical issue in modern government.”
“We’re doing this to defend the integrity of our public debate. We can’t learn from history if the evidence has vanished into thin air,” she added.
Clara Maguire, director of the Citizens, said that a lack of government transparency has contributed to policy failures and hampered the response to the coronavirus pandemic.
“We believe this case goes to the very heart of this problem and we look forward to proving government by WhatsApp is not only dangerous but also unlawful,” she said.