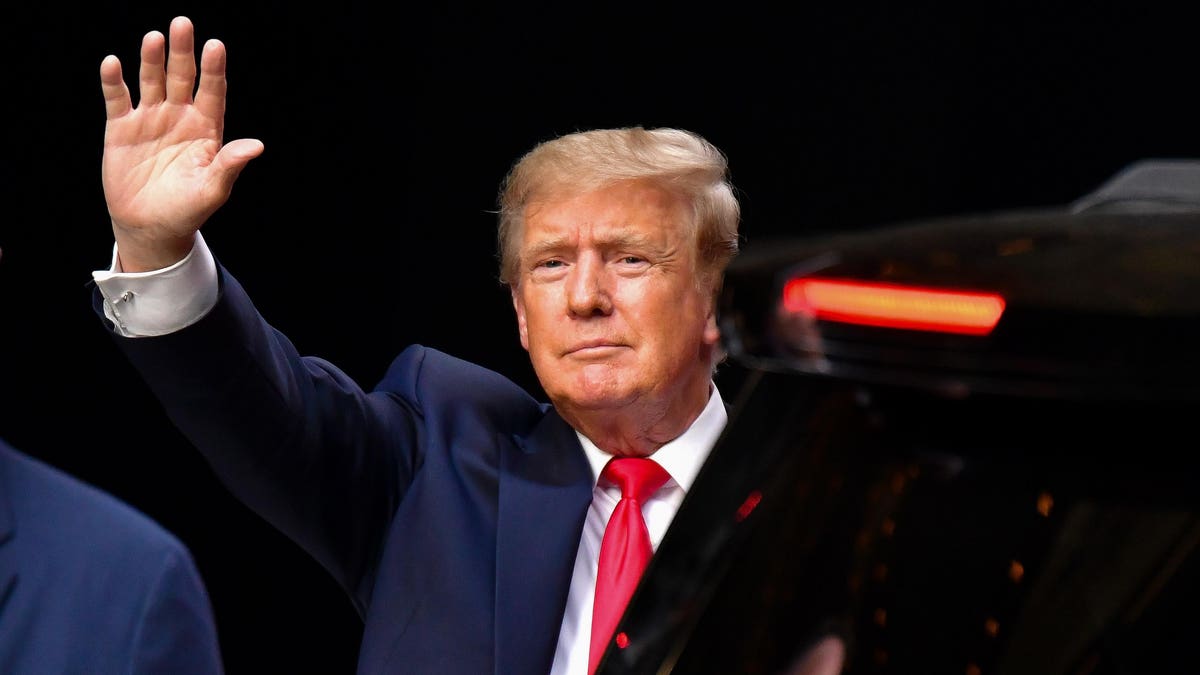 Bedingfield, who serves as White House communications director, noted during a Morning Joe appearance that Trump was “one of the earliest, actually, to get the vaccine.”

Bedingfield added that Trump – who was vaccinated in January, when availability was still extremely limited – has “said so to his supporters,” adding, “that’s great.”

Trump has consistently praised the vaccines, even declaring last month that they are “saving the world,” and he has largely shied away from the anti-vaccine sentiments of some of his staunch allies.

However, Trump also tied vaccine hesitancy to the election doubts he has sowed on Sunday, arguing his supporters don’t trust the vaccine because they “don’t trust the Election results.”

The White House has praised Republicans in the past for promoting coronavirus vaccines, such as thanking Senate Minority Leader Mitch McConnell in April for his “leadership” in urging Republican men to get the shots.

President Joe Biden and other Democrats initially praised Trump for the vaccines when they were first being rolled out December, with the then-president-elect stating, “I think that the administration deserves some credit, getting this off the ground, Operation Warp Speed.” Since taking office, however, Biden has largely refrained from offering props to his predecessor.

“We’ve seen almost every former president play a role in putting out a PSA, making sure people understood, in the country, that the vaccine is safe and effective. We don’t believe that requires an embroidered invitation to be a part of,” White House press secretary Jen Psaki said Monday when asked if Biden would invite Trump to do a PSA to promote the vaccine.

Fox News personalities spent much of Monday endorsing vaccines and urging their viewers to get vaccinated. Fox News and Fox Business both ran chyrons directing viewers to Vaccine.gov for “more info,” with anchor Sean Hannity telling viewers to “please take Covid seriously” and stating, “I believe in the science of vaccination.” However, Hannity also ran segments in the same hour casting doubt about the vaccine.

47%. That’s the share of Republicans in a Washington Post/ABC News poll released earlier this month who said they are not likely to get vaccinated, with 38% ruling them out altogether. By contrast, 34% of independents and 6% of Democrats said they would probably or definitely not get the vaccine.