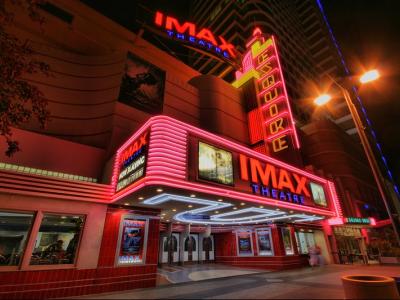 “Shang-Chi” has brought in $35 million from 4,300 theaters. Following the success of “Shang-Chi,” Disney announced it will debut the rest of its films as theatrical-only releases for the remainder of the year.

Imax is now primarily a technology hardware and brand-licensing company that does not operate the vast majority of Imax theaters. Instead, the firm generates revenue via selling and leasing the required proprietary equipment and via fees for digitally remastering standard films into the proprietary Imax format.

Imax’s market cap is approximately $912 million, according to data from Benzinga Pro.