Why This Year’s Next Billion-Dollar Startups Are Younger, Smaller 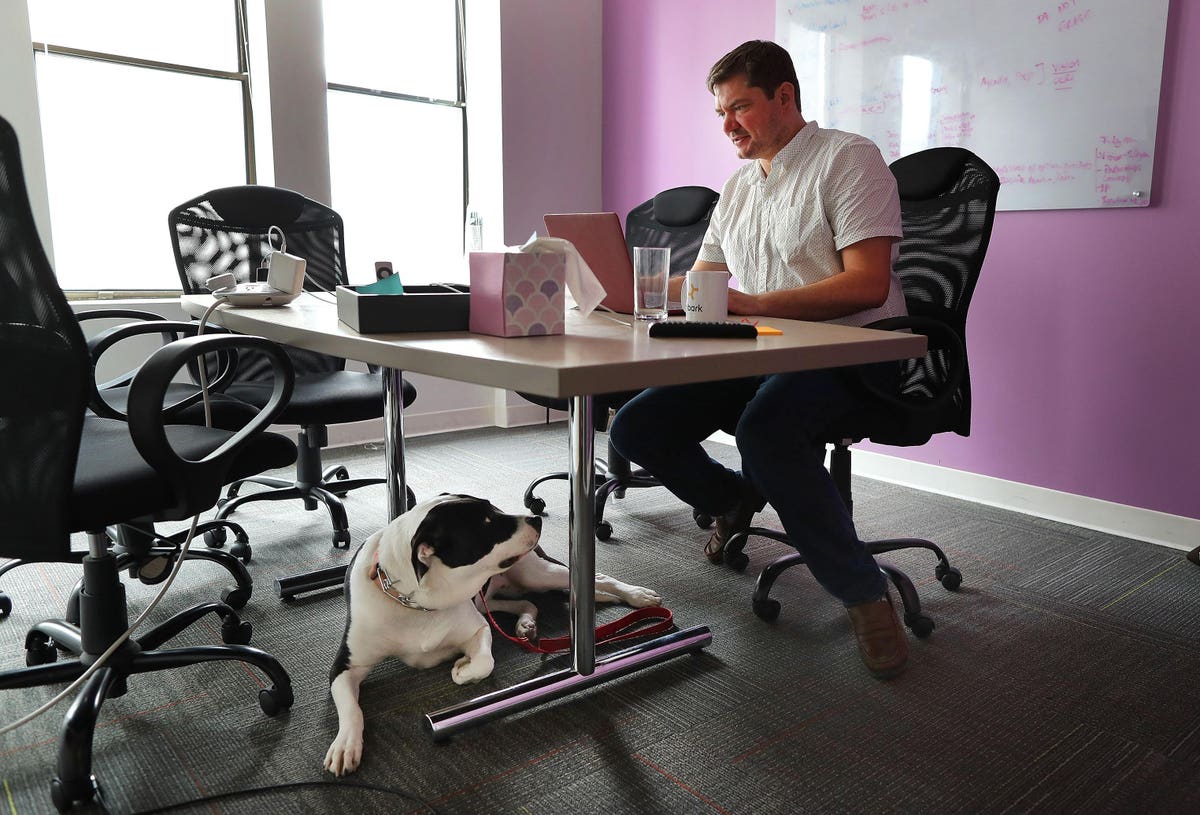 Ryan Boyko, cofounder of Embark Veterinary (with his dog Harley): As valuations have risen, the dog DNA testing company, with $36 million in estimated 2020 revenue, is the largest on this year’s list by sales.
Boston Globe via Getty Images

In a market sloshing with liquidity, companies are reaching the unicorn level with breakneck speed. All told, there are now more than 1,000 such companies worldwide, with 142 new ones in the most recent quarter alone, according to Crunchbase. That’s made this year’s Next Billion-Dollar Startups list – our seventh produced in partnership with TrueBridge Capital Partners – different from previous years, identifying these fast-growing, venture-backed startups at an earlier stage.

Consider: The average estimated 2020 revenue for companies on this year’s list is just $12 million, compared with an average $30 million in previous year’s revenue for those on the 2020 list. Six companies, among them blockchain startup Alchemy and home-cooking marketplace Shef, rang up less than $5 million in 2020 revenue. Last year, not a single one was that small. On the other end of the spectrum, last year tech-enabled pharmacy Capsule, with $100 million in previous year’s revenue, was the largest on the list; this year, Embark Veterinary, which sells dog DNA kits for more than $100 apiece, is, with $36 million.

Sanish Mondkar founded one of those smaller startups, Legion Technologies, a workforce management software firm focused on hourly employees, after a career at Ariba and SAP, where he was chief product officer. “For the portfolio companies that are doing well, they [investors] fund subsequent rounds more aggressively,” he says.

More than 90 of the 150 alumni of the Next Billion-Dollar Startups list have passed the $1 billion mark, either via new funding rounds, acquisitions or initial public offerings.

As for last year’s list, the majority of companies on it – a total of 15 out of 25 – have already reached or surpassed the $1 billion valuation mark. Of those, one, home-automation company SmartRent (market cap $2.4 billion), is now listed on Nasdaq, while one more, fintech startup Acorns, is slated to go public in a SPAC deal worth $2.2 billion. The other 13 saw their valuations rise with new VC funding rounds. Some have soared well past the $1 billion mark, including analytics firm FiveTran ($5.6 billion), software company Gong ($7.5 billion) and mental health startup Lyra (now worth $4.6 billion).

For Lyra CEO David Ebersman, who was previously Facebook’s chief financial officer, the $4.6 billion valuation that came after a June fundraise was validation that, as Forbes wrote at the time,“employers are so fed up with subpar mental health benefits that they are willing to pay extra for a hand-picked network of providers that will help their employees.”

Lyra’s revenue more than doubled last year after reaching an estimated $50 million in 2019, and is on track to double again in 2021. That would put the mental health firm’s revenue in the ballpark of $200 million this year. “[Investors] were interested in being a part of what we were doing and felt really bullish about the opportunity to build a big and important and category-defining company in mental health care,” Ebersman says.

More than 90 of the 150 startups on the list since its inception in 2015 have reached or surpassed the $1 billion valuation mark, either via new funding rounds, acquisitions or initial public offerings.

SoftBank’s Lydia Jeff, who invested in Andela, an alum of last year’s list that helps companies hire remote tech staff, at a $1.5 billion valuation argues that the market has fundamentally changed over the past six years to favor fast-growing companies addressing gigantic markets. “I think the reality is that we all just materially understated how large these markets are. We could not see far enough into the future to understand that,” she says. “So I think from a basic financial return standpoint, we feel comfortable at valuations we couldn’t have been comfortable at in 2015 given that markets have changed.”