xtingles drops “Free Like a Butterfly,” the first ASMR NFT 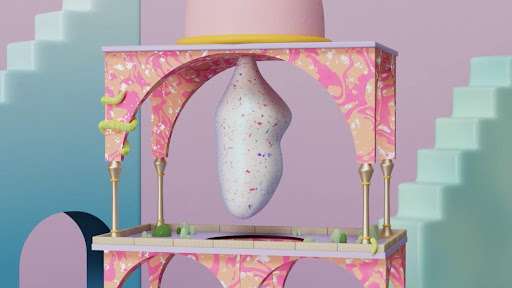 xtingles has announced the release of “Free Like a Butterfly,” its first-ever Autonomous Sensory Meridian Response (ASMR) NFT.
The NFT will drop on September 16, coinciding with the launch of the xtingles dedicated ASMR NFT marketplace.

xtingles has announced the release of its first-ever Autonomous Sensory Meridian Response (ASMR) NFT. Known as “Free Like a Butterfly,” the NFT centers on freeing oneself and becoming who you truly are. It drops tomorrow, September 16, and coincides with the launch of the platform’s NFT marketplace.

“‘Free Like a Butterfly’ is an art about freeing yourself. It leverages the unique communicative qualities of ASMR to help you find a path to becoming who you truly are and breaking free from constructs,” Andrew Fai, the xtingles chief visionary officer describes the NFT.

According to a press release by xtingles, pre-launch listeners have described the experience of listening to “Free Like a Butterfly as ” floating weightlessly into the clouds and feeling like everything is possible.”

The extended time frame is to cater to the many interested buyers that may not have the FUSD at hand. To acquire it, they will have to go through the mandatory KYC process on platforms that offer the stablecoin, such as Moonpay. They may be forced to wait a while before accessing the FUSD and to cater to this, xtingles chose to put the NFT up for sale for five days.

Furthermore, xtingles is seeking to stay away from the normal NFT rollouts nowadays which rely on FOMO, with most people buying in just not to be left out. These NFT auctions also involve very expensive gas fees, yet another pitfall that the platform is seeking to avoid. These models are not sustainable in the long term, the project believes.

Instead, xtingles emphasizes fun and pleasant experience for all. With xtingles, all collectors get the opportunity to participate in their favorite ASMR NFT drops without worries.