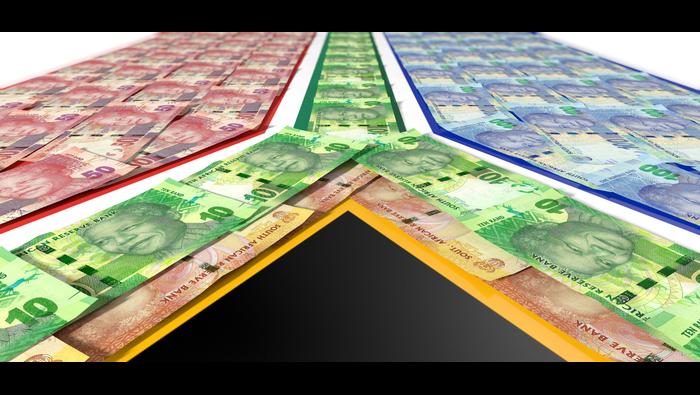 Yesterday saw a large sell-off in ZAR as JPMorgan released a client note recommending selling one of the top performing emerging market (EM) currencies. The bank elaborated that the ZAR reached high levels of their internal emerging market risk appetite index, while noting that key terms of trade were starting to look lees favorable and hedging options may soon be considered by investors.

Despite the pullback seen on USD/ZAR, the Rand still remains one of the better performers in the EM space.

Technical Levels to Watch for USD/ZAR

As global monetary policy makes the inevitable shift towards reducing and eliminating stimulus with the end goal being normalizing interest rates (hiking rates), the EM currencies are expected to take a back seat. However, pockets of rising infections of the Delta variant has pushed normalization policies back as central bankers consider the effects on inflation and the labor market.

After mentioning that the Fed could see a reduction in asset and bond purchases before year end, market participants will surely be paying attention to this months Fed meeting and any mention of timelines or specifics regarding any tapering efforts.

The bullish engulfing certainly set the tone for continued ZAR selling despite a slight pullback in today’s London session. This is to be expected as the broader benchmark for the dollar, the US dollar index (DXY), weakened somewhat, while the ZAR showed no real driving force to pull USD/ZAR prices back towards the recent low.

For a while now, (since Q2), the 14.14 level has played a crucial role as both support and resistance as it brought about numerous inflections. Yesterday’s bullish engulfing candle occurred around this 14.14 level which further supports the notion that this may very well be the start of a reversal for the pair. Continued bullish USD/ZAR momentum highlights 14.40 (the 50% Fib of the Jun – August move) with the psychological level of 14.50 coming in as a major level of resistance.

Should the pullback of yesterday’s move continue, 14.14 remains the near-term level of support with the psychological level of 14.00 propping up the pair.

The 4- hour chart supports the recent pullback as the stochastic indicator entered overbought conditions and looks set to drop below the 80 mark upon completion of the next candle. Therefore, we may see initially lower USD/ZAR prices but the any hint of tapering next week is likely to boost the dollar and by association, USD/ZAR.

Next up for the Rand

Economic data for South Africa remains light on the FX front until a rather busy day next week (Wednesday the 22nd) where SA inflation is due and later, the Fed announcement followed by the press conference.

— Written by Richard Snow for DailyFX.com