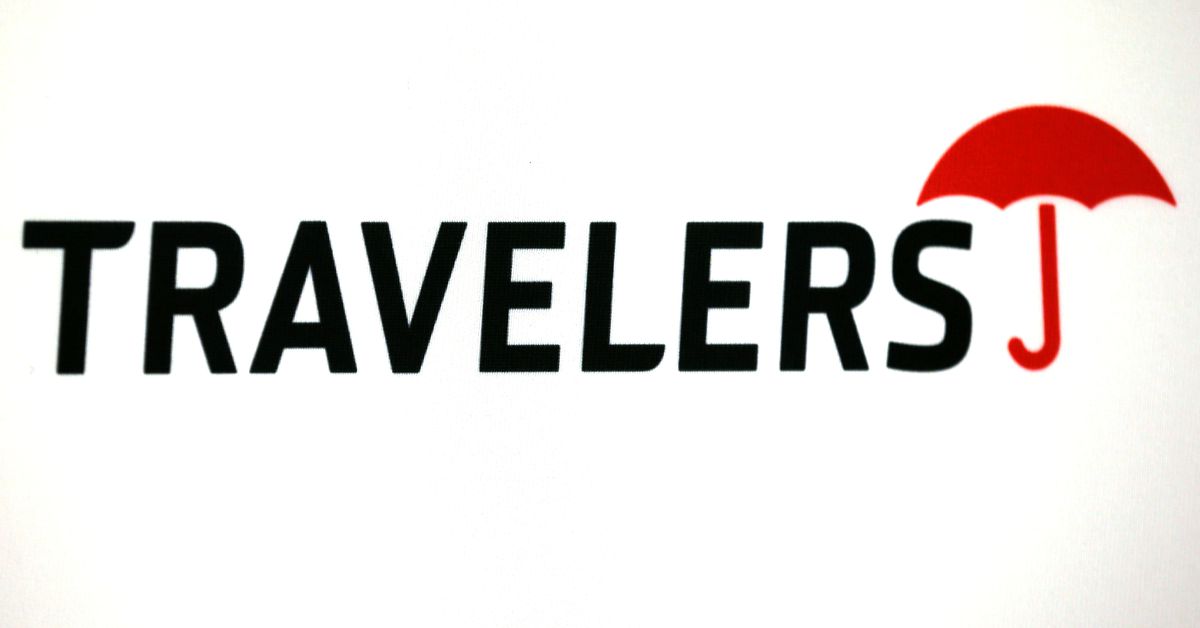 The New York-based company, seen as a bellwether for the U.S. insurance sector as it typically reports before its peers, said net written premiums, a measure of revenue, jumped 11% to $8.14 billion.

Its adjusted, or core, income totaled $879 million, or $3.45 per share, for the three months ended June 30, far more than the $2.39 analyst had expected, according to Refinitiv IBES data.

In the year-ago period, the insurer reported a loss of $50 million, or 20 cents a share, due to severe storms and claims related to civil unrest.

The reopening of economies with the rollout of COVID-19 vaccinations has provided some respite to insurers, helping Travelers retain customers and expand its auto and homeowners-focused businesses.

The company posted underwriting gains of $324 million for the quarter, compared with a loss of $280 million a year ago.

Catastrophe losses fell to $475 million in the latest quarter from $854 million a year ago.

Travelers’ pre-tax net investment income more than tripled to $818 million, as higher returns on its non-fixed income investments countered weakness in the mainstay fixed-income assets that have struggled due to record-low interest rates.

The company reported a combined ratio of 95.3%, compared with 103.7% a year earlier. A ratio below 100% means the insurer earned more in premiums than it paid out in claims.

Total revenues rose 17% to $8.69 billion, and the company said it bought back $401 million worth of shares in the quarter.

Reporting by Niket Nishant in Bengaluru and Alwyn Scott in New York; Editing by Aditya Soni and Edmund Blair